I figured Im spending a ton of money, so why not document it.

Ive had this car since about 1995, I bought it when my truck was stolen. 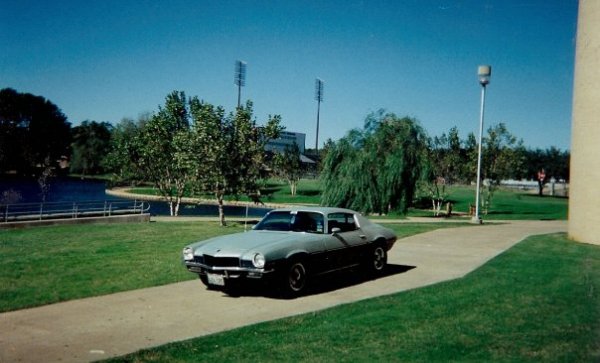 I drove this car in college, until I started getting a rod knock. Luckily my parents had room in their garage, so I parked it and bought a 69 chevy truck.
Last edited: Feb 13, 2020

So the original 307 took a dump on me, I pulled it

So while I was in college I decided to go ahead and start cleaning it up, so I pulled the subframe and started working on it.

A friend of mine had a 402 laying around and sold it to me for 400 dollars. My thought at the time, was that a 402, not the biggest of the motors I could have used, was an option for a 1970 camaro, so it seemed cool to have a motor that was an option. If I could go back, I wouldnt have done it this way. I would have just bought a 502 crate motor, it would have been easier...

The block was done by a local machine shop here in Houston. I had it Balanced, the block came with a steel crank, I had it machined for the block and made it a 4 bolt main. I got a deal on some 11-1 pistons, again, in hindsight I wouldnt have done that, would have gone with 10-1. I always had a thing for Isky cams, so I decided to go with an Isky cam.

I painted the subframe and firewall with gm sealer and frame paint. I gotta say its lasted pretty good over the past 20 years.

Very cool
Cant wait to see the progress on this one.

And then it sat in my parents garage for many years, 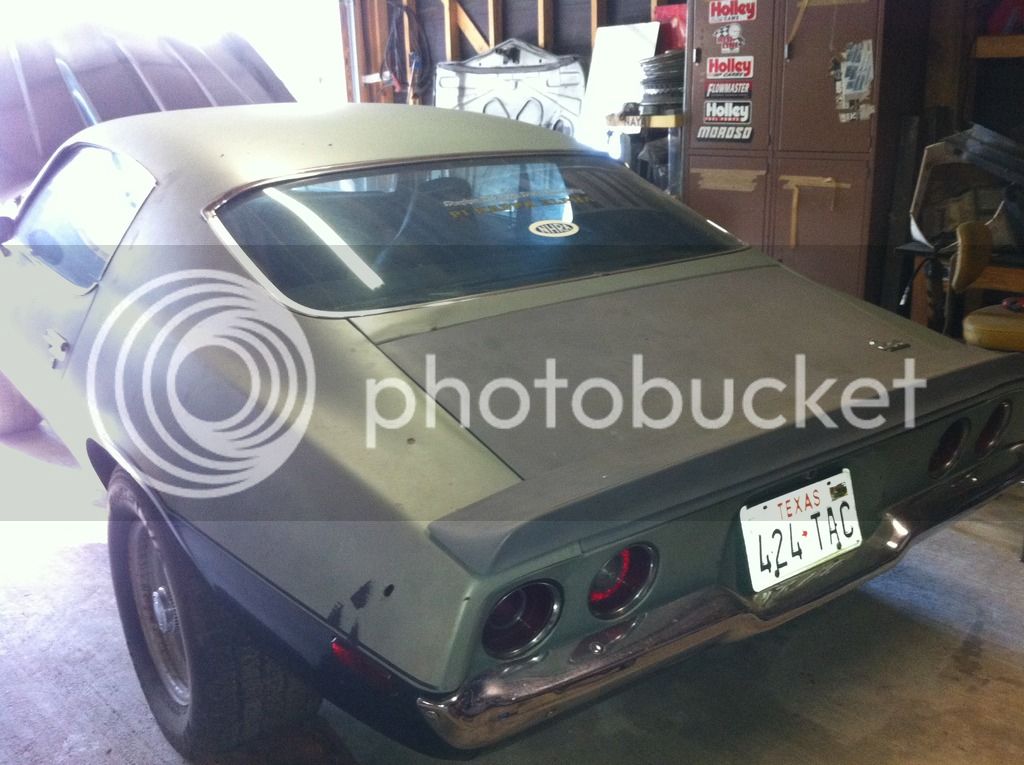 The wifie gave me the green light to buy everything I need to get the car going.

I just recently started working on the brakes.

New rotors,brake lines and calipers on the front.

I plan to change these out for some bigger brakes later, but this will do for now, My goal is to get the car running and driving

The rear brakes look ok, I sprayed them down with brake cleaner, the wheel cylinders look ok, Im going to try to get by without initially rebuilding them. Ive got a 12 bolt rear end that will be going in within the next year, so Ill just wait to rebuild them. I turned the drums though, and replaces the rear rubber hose with a stainless hose. On an interesting note, my air shocks are still holding air, which is shocking....lol...sorry for that joke.

I bought this setup from right stuff, Ive read decent reviews on their brake components, and I needed room for the tall valve covers. Its a dual diaphragm booster setup. my biggest complaint was that the image that was displayed online showed a bracket and proportioning valve, it didnt come with it. I called and gave jegs a piece of my mind. Its funny because I was willing to pay for the bracket and valve, but I was complaining that the image was incorrect. And the guy I spoke to said that the image is a "representative" image, and that they cannot have an image for all the vehicles this fits. I called his BS, I mean really what else do I have to go by online?