Ok, here goes. I've been lurking this site for a year and a half or so, and my project has been off and on (more off than on) for about 18 years. I've finally got a location, the tools, and a source of knowledge and experience to really get serious about doing this.

My Camaro came into my family the same year I did, in 1976. My Dad was working as a mechanic at a dealership in 1976 when this 1973 Camaro Z28 came into his bay with a broken valve spring. The owner was apparently a teenager, and we suspect the car was driven hard. My Dad recommended replacement of all the valve springs, but the parents elected to only have the broken one replaced. Needless to say, it was not long until the car was back in the shop with another broken valve spring. This time, however, the owners elected to trade it in.

My Dad bought the car for my Mom before it could go back onto the lot. 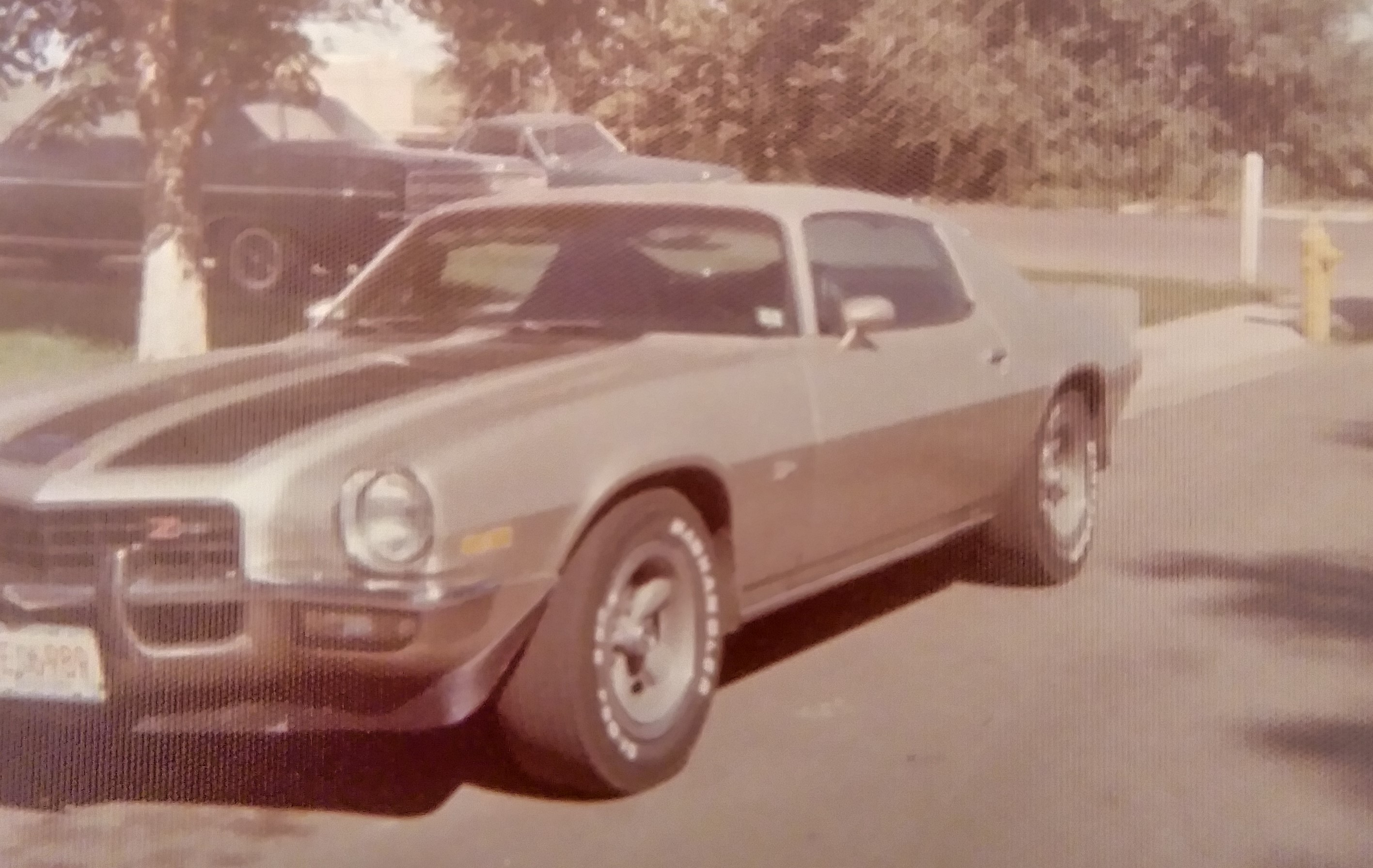 Mom had wanted a Firebird Trans Am, but she soon fell in love with her new Camaro. She wanted it to be blue, though, so Dad changed it from Silver and Black to Blue and White for her.

My parents split when I was 6, and she kept the car. I remember the love she had for her Camaro since I was very little. Many years later, needing work done, the car was parked, but she couldn't bring herself to sell it. I don't recall how long it sat undriven.

I joined the Navy in 1994, and re-enlisted in 2000. I got a pretty good re-enlistment bonus, and shortly after, Mom decided it was time to sell her beloved car. She gave my Dad and I first dibs on buying it. I took the opportunity while I had the money and bought her car.

The next time I was home on leave, while transferring from Everett, WA to a Navy school in Norfolk, VA, I managed to get the Camaro running with just a new battery. While home, we got the title transferred, and got her insured and registered. 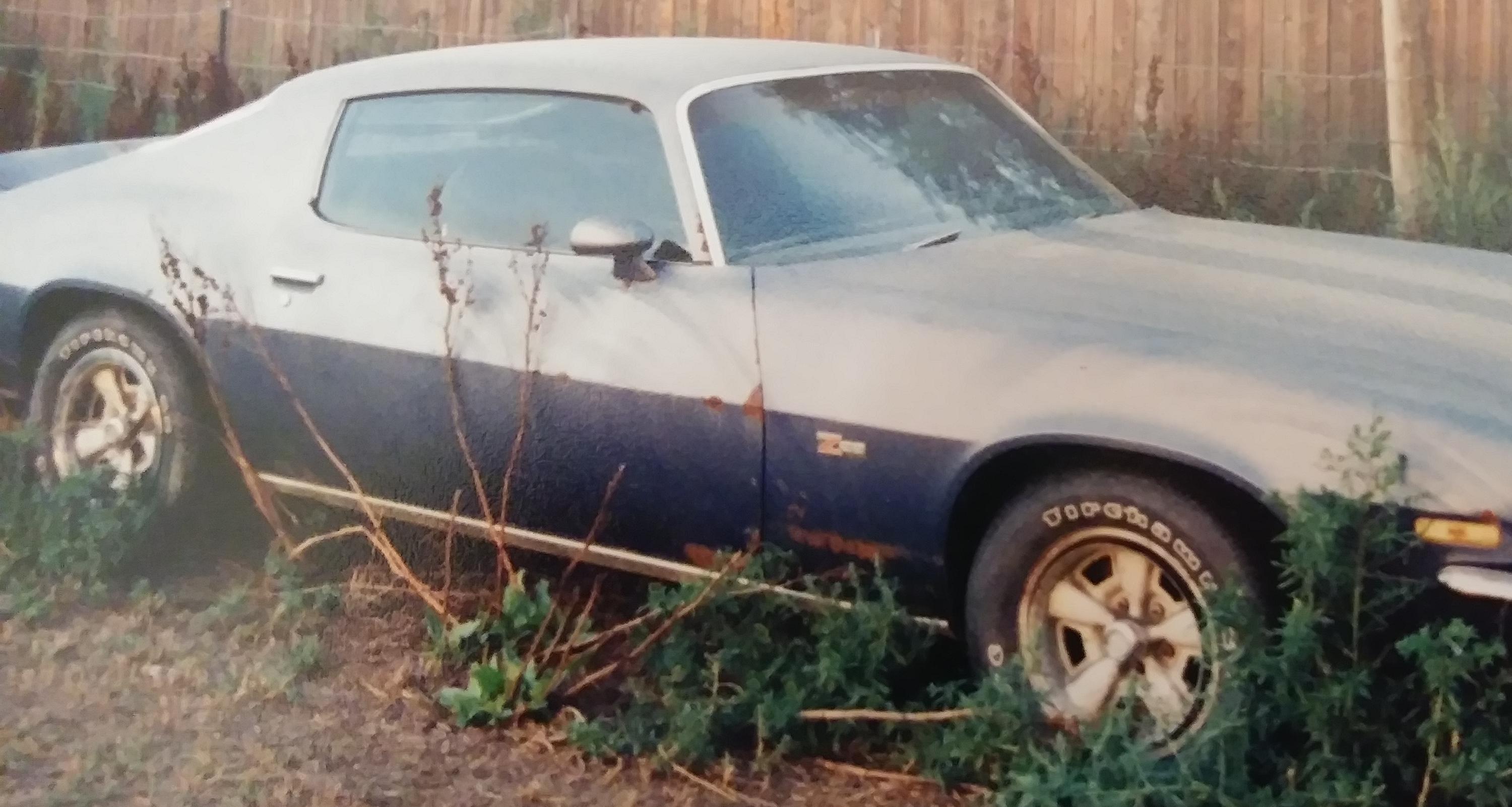 The years sitting had not been kind, though. The front window had developed a leak, and the carpets were ruined. She also had the usual rusty places behind the tires and on the quarter panel in front of the rear tires. I also figured that the suspension, at least, needed a lot of work. All the bushings I could see were very badly dried out and cracked. The exhaust system was also pretty much shot.

I bought a trailer and pulled the car all the way to Norfolk for school. I drove it there quite a bit, and am probably pretty lucky I didn't get any tickets for driving a basically unmuffled V8.

When done with training, I put her back on the trailer and towed her all the way back to Washington state, this time to the submarine base in Silverdale. I found a duplex with a garage and put the Camaro inside to try to start the work.

As I imagine happens a lot, the more I took apart, the more I found that I thought needed to be done. It wasn't long until I'd decided to take her completely apart and start from the ground up. It wasn't long after that when I realized what a daunting task I'd taken on. That, and other interests, and finding the woman I eventually married, and the car sat in pieces in the garage without much work being done. Also, the humidity in Washington was making it very difficult to make progress. I would sand off rust one night, and the next night the shiny metal would already have orange spots growing on it.

Finally, about a year ago, I started spending a lot more time with my Dad, and he suggested we start work on the Camaro together. It's something I've been wanting to do for a long time. Though I spent a lot of weekends with him as a child, there's always been a lot of things I wish we'd been able to do together. As he says, we're finally doing the stuff together we should have been doing 30 years ago.

As you can imagine, another decade spent sitting on a trailer, in pieces, didn't do much to improve the condition of the parts. The block and heads, for example, were in such sad shape, even Dad wasn't sure we could save them. We found the end caps sitting in the oil pan, which spent much of it's time filled with water. But we took them, and the crankshaft, to an automotive machine shop here in Greeley, and miraculously, they saved them! The cylinders are bored 0.060 over, and it's been balanced. We let the machine shop install the valves and valve springs into the heads, but we want to do the rest of the assembly ourselves. 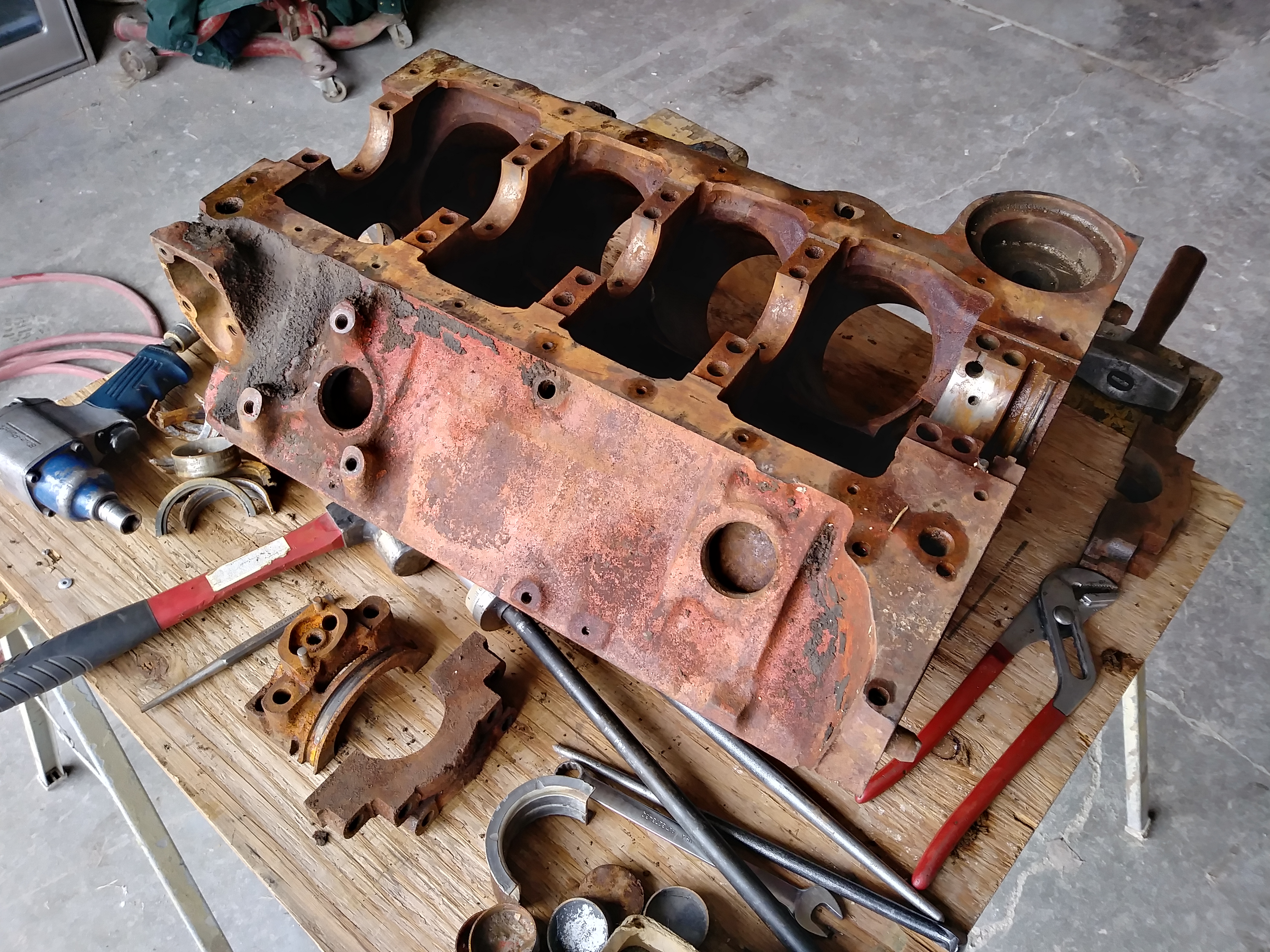 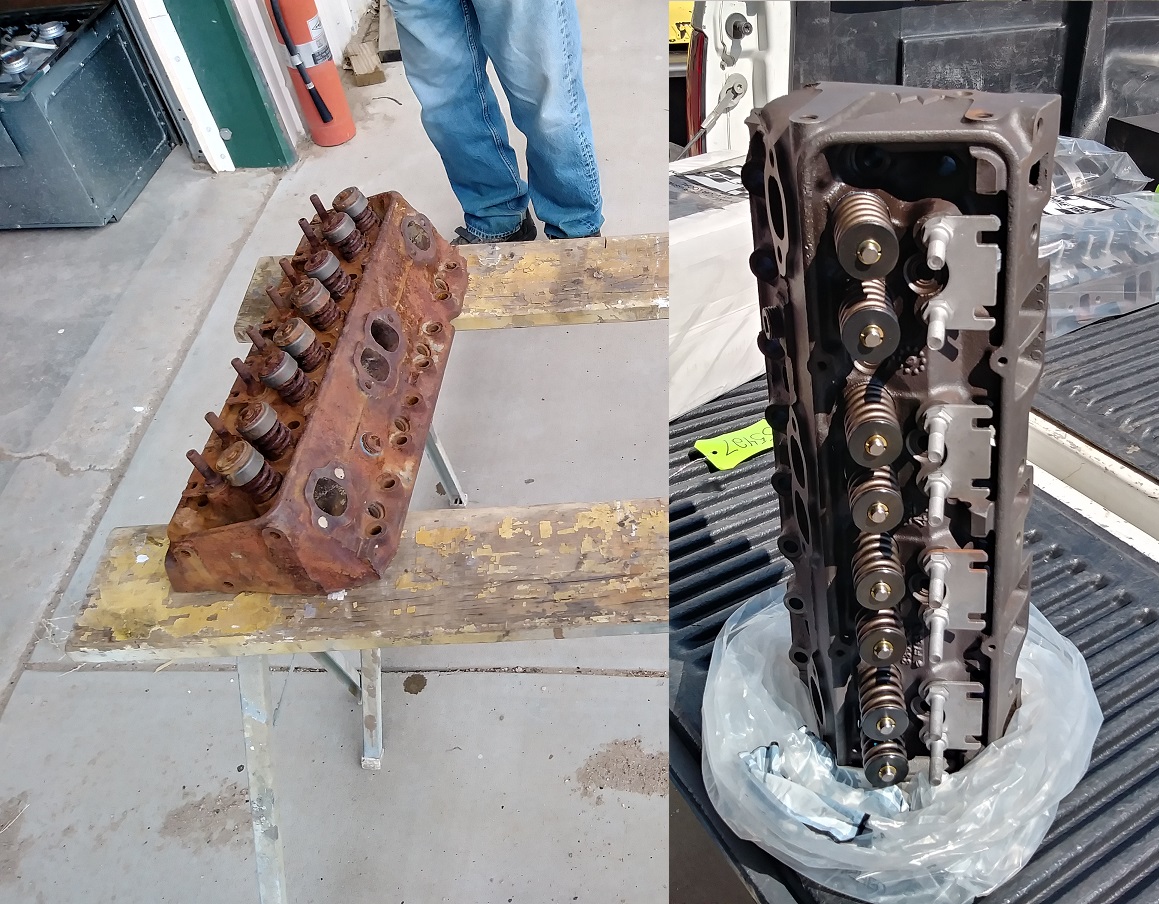 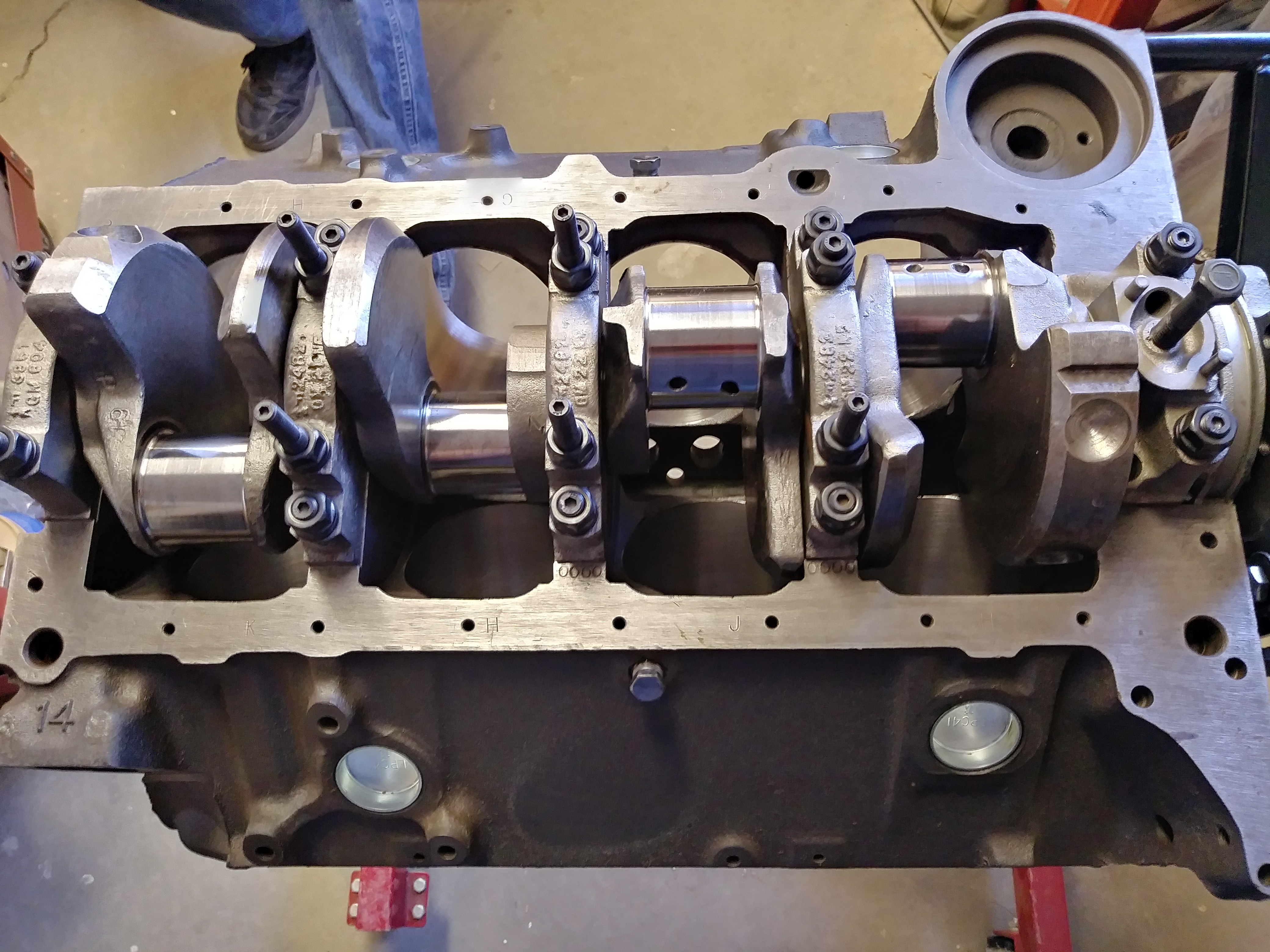 We've spent most of the last year insulating and drywalling his garage, but that project is finally nearing completion, and we're now planning on starting the serious work on the Camaro. I bought a rotisserie a couple weeks ago, and hopefully, we'll soon be mounting the body and we'll be able to really see just how much work is ahead of us. 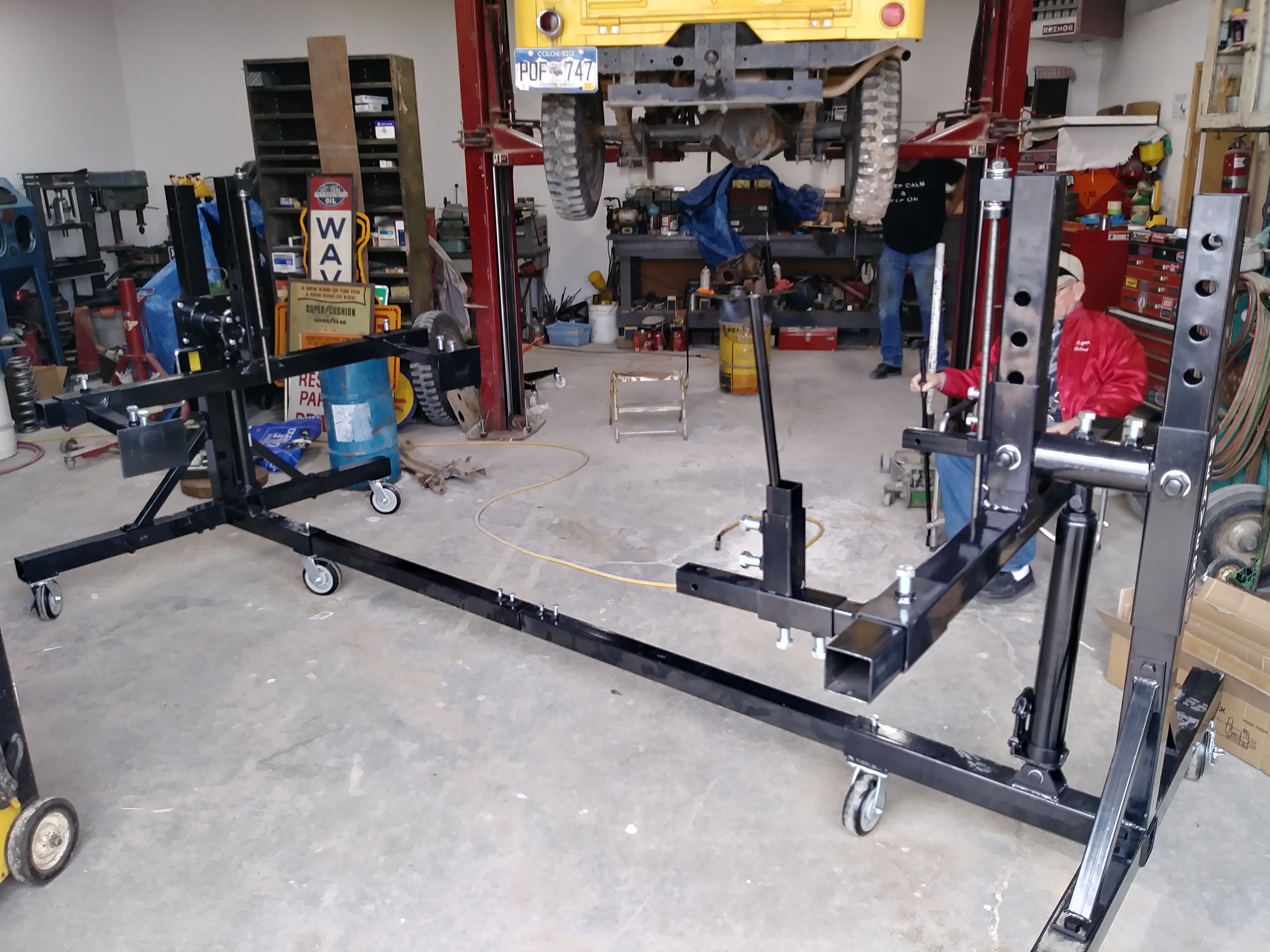 I guess that finally brings us to the present. My Dad's got decades of experience working on these cars, mostly as a mechanic, but he's done his share of body work as well. I can't wait to pick his brain and learn as much as I can.

Our goal is to restore my car as close to original as possible. I don't have any illusions about making her a show car, but I'd like to get as close as possible on my budget. The 350 engine (now a 360), carb, manifolds, the Muncie 4-speed, and rear end are all original. I even plan on going back to the original Silver paint job with the Black stripes.

I'd apologize for the super-long post, but I didn’t force you to read it! It's hard to condense the 42 years of history my family has with this car! I'll be posting updates regularly, so hopefully the posts will be a lot smaller from here on out.

Interesting history with the car, I look forward to following your build.

i enjoyed your write up. i am also looking forward to your build. good luck.

Welcome to the forum. Great story and pics.

Great story. Welcome. Cherish the time you get to spend with your Dad. Sooner than you think and they are gone.

The car looks like a very good one to start with. Your history with it will make it easy to give it a bit more effort to do it right. You are making memories now that will last you for a lifetime.

Silver with black stripes is one of the best combos in 73. Good luck with the car!