Nice tough sound you got there.

Kudos Chuck. You're persaverance and attention to detail is certainly remarkable.
Enjoy the ride

70 Proof said:
Kudos Chuck. You're persaverance and attention to detail is certainly remarkable.
Enjoy the ride
Click to expand...

Hi Bob: Good to hear from you. Had emailed you a couple times but never heard back from you.

Really sorry I missed your Emails. I don't know what happened to them
I'm somewhat amazed you got your windows to roll up and seal properly, its no easy task.

A Small Detail: The ac evaporator drain hose config had to be modified. The VA supplied tube kinda melted by the header. Got a 90 fitting and 2 feet of 1/2" heater hose. The remaining VA line went from the evap drain fitting to the 90 that inserted tightly into the firewall. The 1/2" heater hose connected to the discharge side of the 90 running down the outer side of the frame 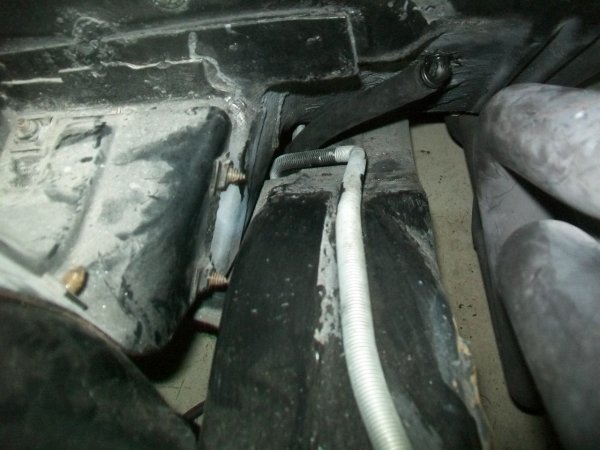 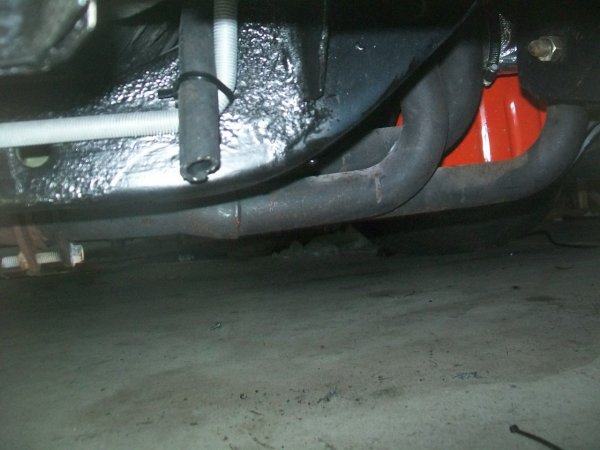 Front alignment was done today with no problems encountered. The Vintage Air ac held vacuum during purge but leaked at the pressure switch during freon charging. Loose fitting. Will replace the "O" ring then back to the shop.

Quite a Driving Rush Today: After the alignment a short drive to a couple miles of free expressway with 65mph limit. So far steering and ride had been good at 40mph. Was a bit uneasy not knowing how the car would ride and handle at higher speed. Got on the expressway at 50moh then gradually up to 70mph. No problems encountered. Car did not wander, no vibration and rode pretty smooth. Tire psi is 28. Went through many accelerations from 50 to 70 with some peaking at 80mph. Still no problems

Did not floor the pedal for the engine is not ready for such a hard run. Yet even at the limited pedal push I used the car responded quite nicely. Quite a change from the L65 days with 245 hp (at the flywheel), 8.5:1 compression and a 2 bbl carb.

Bad JVC Receiver: Crutchfield tech determined the receiver is defective. Still under full warranty so today dropped it off with FedEX for repairs. Will be 4 to 6 weeks till I have it back
Last edited: Jun 24, 2021

So what alignment specs did you go with?

BillyDean7173 said:
So what alignment specs did you go with?
Click to expand...

The cup holder, with the Pepsi can, is easy to reach 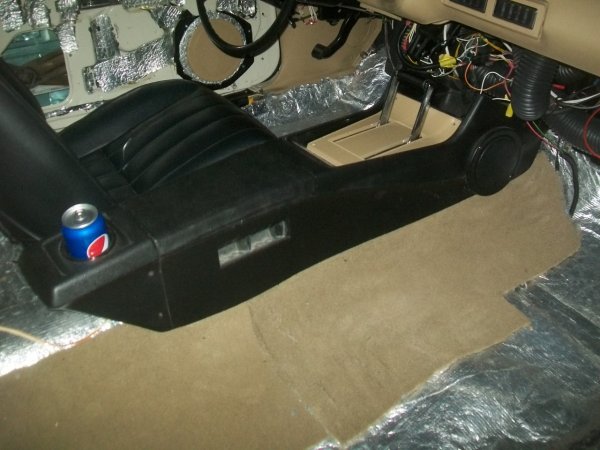 Found an auto trim shop to install the carpet: The first shop I went to, the closest 7 miles away estimated $750 at 10 hours. No details about what would be done. Just a statement of "sewing and binding". Went back a second time for this was all new to me and I wanted some details. When I told this to the estimator his face and voice got kinda irritated briefly and he said "it will look good". Was asked to call several weeks later. for availability. There has to be something better.

Did an internet search for shops then started calling. Got phone quotes of $600, $450 and $350. One would not consider the work because I had recolored the carpet. This shop was 11 miles from me. All of the rest were 20 miles plus. There were more shops but beyond the distance range I wanted to start in. The $450 shop I crossed of the list for they were a general purpose shop (more then just cars and a lot of bad reviews over the last 2 years)

Friday had a 5 hour outing driving the day driver with Camaro interior photos to shops for estimates and to look over the area of town, the shop and the shop folks.

The first two shops I had not contacted before but they were just off the freeway By the time I got to each I did not even stop.. The area of town was bad and the junky exterior turned me off. Both were converted houses
.
Next was the $600 shop which I crossed off the list. Not a good area of town and the interior was junky. There is a difference between clutter due to work vs junky Did not look like the website photos I saw. Talked to the owner where the cutting and sewing would be done but he did not give me a clear answer. He seemed like a good guy but worn out. Been doing it for 38 years.

Next stop that asked for photos during my Thursday phone call was vacated with a For Lease sign. Yet I dialed the number and talked to the owner. Must have moved

Next shop that asked for photos could not do the work because their sewing machines were not stout enough. I was provided with a referral

The $350 shop. Located in an industrial park area but not as bad as I thought it would be. Shop looked ok. Talked to an installer and he seemed good. The manager who estimated $350 over the phone Thursday changed his date available from next week to one month. This bothered me.

The referred shop, I have a good feeling about it. It is in a nice mostly residential area (the Heights on 24th St just east of Shepard). that has been and is still undergoing redevelopment. His well maintained house is in front with a shop in the back. A strong gate and fence surrounds both. Has been doing automotive interior work since the 1980s. Some language difficulty (Hispanic) but not a problem.

He diagrammed where he would make cuts and sew (at the corners). Only sew binding where a seam can be seen (on the rear piece between rocker-seat and seat-console). He said more might be needed to make it look right

Looked at the shop and it was well lit and orderly.with other work going on.

He said I can call next week to bring the car for the install, 2 days in advance to bring the car. It would be a two day job and the car will be kept under cover while at his place.

The shops were surprised by the look and feel of the recolored carpet
Last edited: Jul 3, 2021

I usually choose the mid-price quote. I always throw out the highest and lowest quotes. If I have several mid-price quotes, that's when I compare specifics. I meet face-to-face and let my gut help decide.

Trunk: Wanted a finished look
Enclosed the trunk divider
Covered with dark brown indoor-outdoor carpet from the upper rear panel forward to the enclosed trunk divider, up to the underside of the package try
Added LED light strips
All exposed metal and light housings were sprayed satin brown
Wiring for RH modified to go through the trunk lock bracket instead of around the lower area of the bracket.
Replaced all rear incan lights with LED
Amplifier for rear speakers added