I'm posting some pic's of the car a buddy of mine just picked up last weekend. I saw where this car was discussed some last year when it was seen on a craigslist ad. It was concluded that the car probably was worse than the pictures showed and the price was high possibly for the uncertain nature of the car.

We drove over 1100 miles to look at it hoping that it was as good as the guy said it was, knowing the unique nature of the car and the low miles Sub (28,000) we took a chance.

To my surprise the car was extremely original with some strange interior that was unfortunately pulled out and tossed back in for no reason, possibly a young kid or a meth head. Literally nothing has been touched on the car, it has the original exhaust, smog and manifolds along with plug wires, 1 original tire, all the engine and drivetrain components. it still has an oil change sticker from 1978 from Texaco when the car had 6,800 miles. Shame about the interior, its mostly there but some stuff got busted like the dash bezel and lower left dash. Fortunately he never touched anything else.

It sat in a garage for most of its life with the original owner until a couple years ago when the second owner got it in KY, at some point it had the paint on the rear left quarter burned in a grass fire. So that quarter is toast, the underside is incredibly clean along with the inner fenders. The lowers rotted from water sitting in them, but the doors and rockers are very nice; very tight hinges as you could expect from a low mile car with perfect glass. The guy we met picked it up last year and was going to restore it but got divorced and needed to get rid of it.

That said the interior needs attention, all the fluids need to be changed along with at least one bad plug wire and a carb kit. New brake and possibly fuel lines and clean up the e-brake cable.

The owner may drop in and comment occasionally. I'll be helping him with it over the next couple years. Heres the start 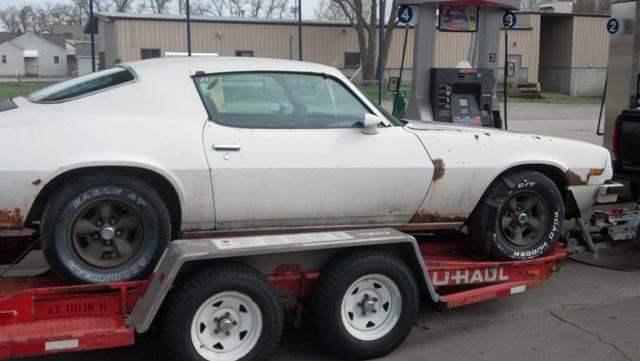 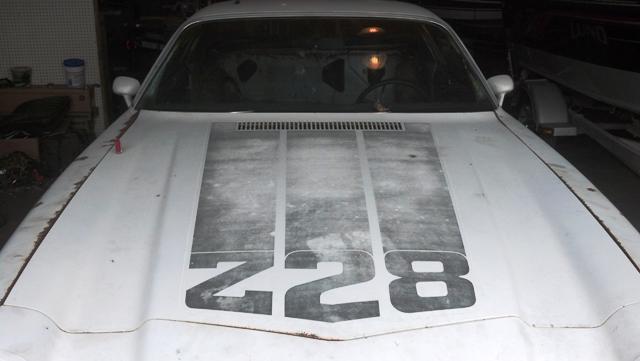 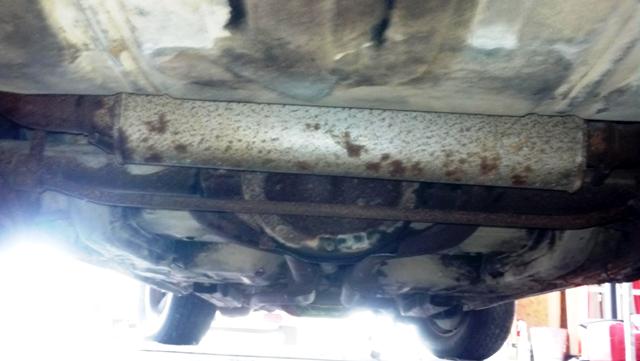 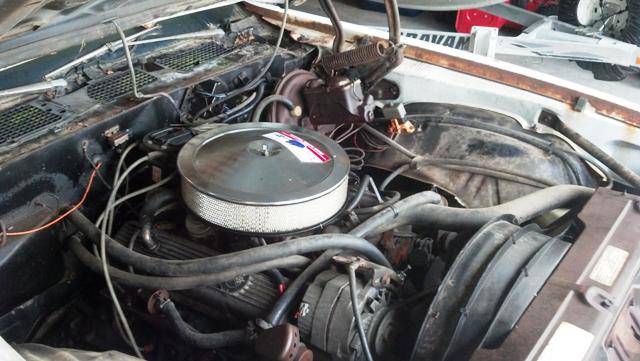 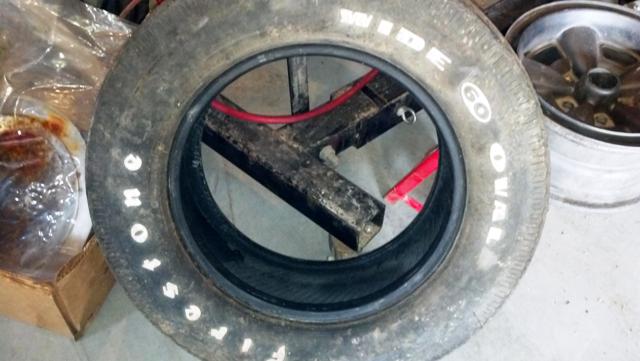 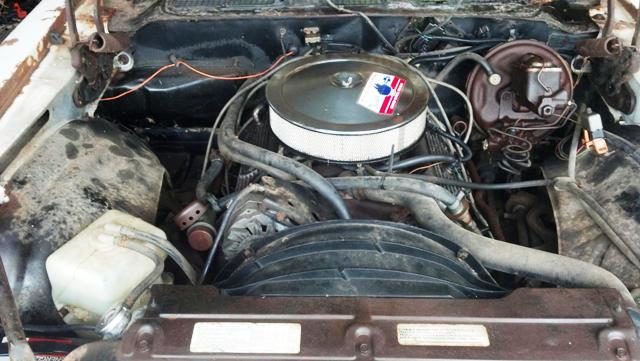 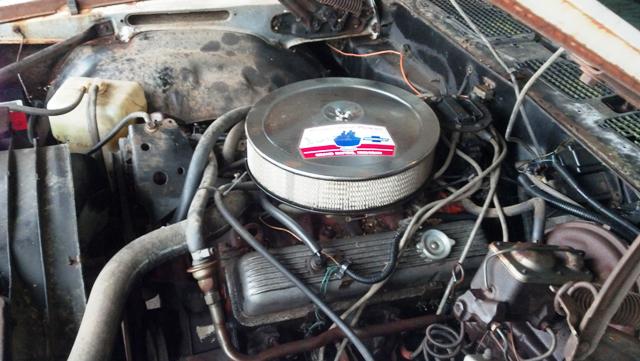 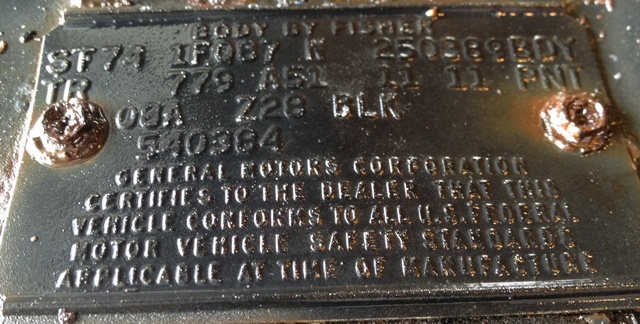 If anyone knows the car or has more history the info is appreciated. Discouragement will only result in a better finished product

Well other than the seat piping that's the EXACT same optioned car I got .

I think the door tag says Aug 74, the number is 242382, How far did they go with 74 production? finding any detailed info seems tough ; I found one source that said Sept 74. I even resorted to reading some of my old books like the "1986" standard catalog. Yes paper books are still relevant haa.
John
Z

that hood decal brings back memories, awesome car then and now
S 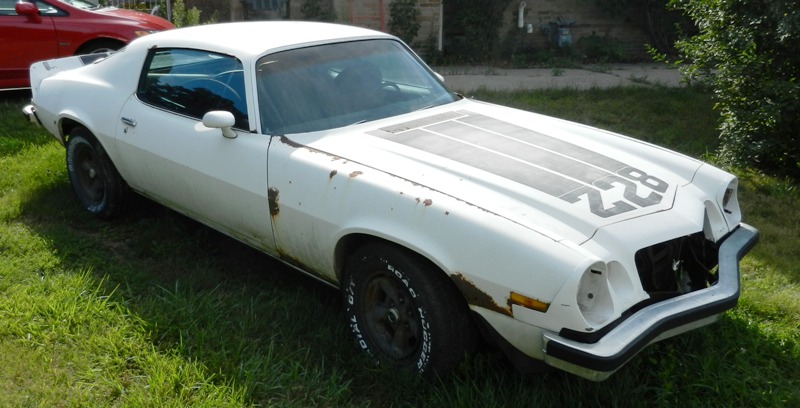 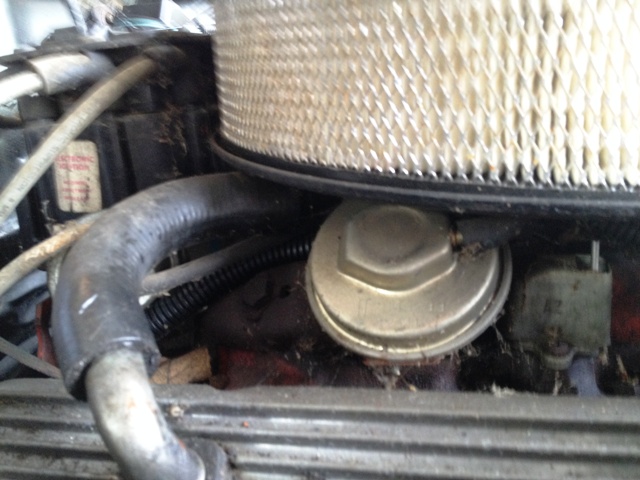 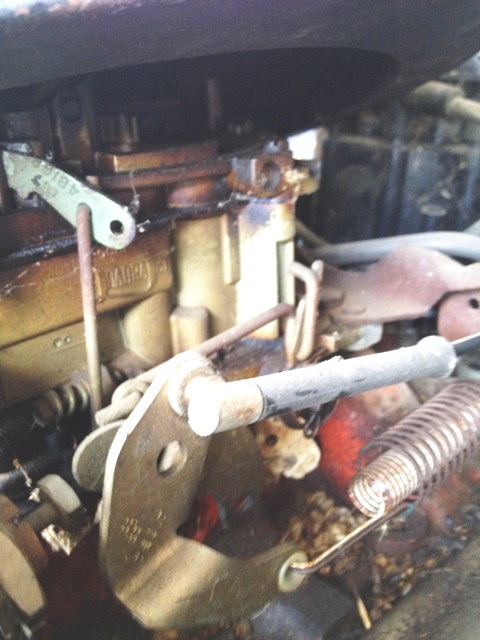 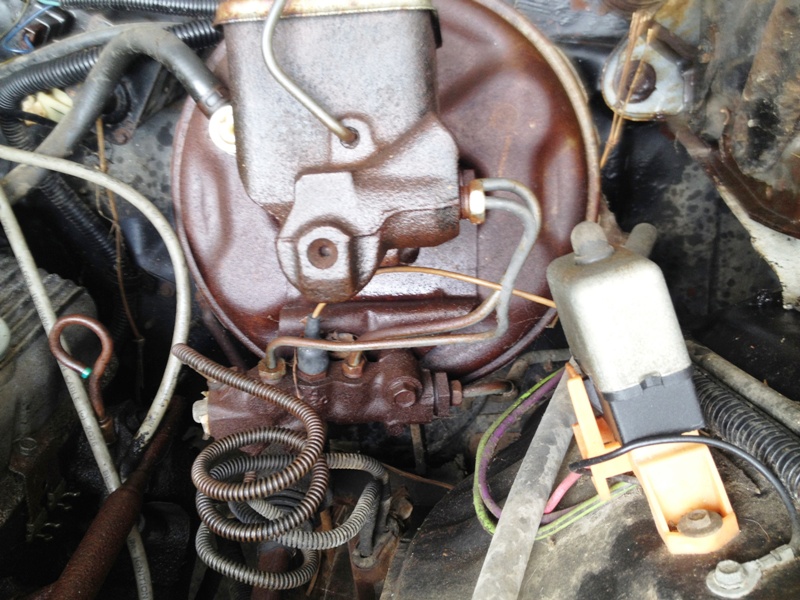 Looks like a real nice mostly original car to restore. I am in the process of restoring my 32k mile late build 1974 z28. I would be very careful not to loose the spark plug wire brackets bolted on the valve covers and the clips on the valve cover fins. Mine are were missing from my car when i purchased it. I have been looking for 3 years for a set of the bolted on brackets. Found the clips for the fins though. If I may ask? Can you send me some detailed pictures of the car top and bottom to my email address. Looks like the original exhaust is there to. Woulld love a few detailed pictures of it too?
Z

not as flashy as the T/A, but still left no question what you had. I can remember when they were everywhere

You are extremely fortunate to,have the 7044209 Qjet for that car , they are quite rare for the manual trans cars. Never seen one for sale on fleabay, although the 208 Auto version shows up now and again.

Also the EGR valve had a special part number for the l82/Z28 engine ....good thing that's there.

I see the original dipstick too.

Like Ron noted , don't loose any of the nothing small parts . Distributor had a special part number , 1/2 Year only part number .....all the HEI parts are different from points stuff. wires were bigger, had sized plastic and metal brackets to locate them on engine.

I lost one of my long reach HEI brackets when I had the heads rebuilt....I'm still mad about that , can't find it.

Look under , behind the rear seats for the build sheet if you haven't already got it .
Last edited: May 28, 2014

You want to document and measure exactly where these were installed . It will help you and many to follow to get it right when they replace the decal sets.