I use Lube Locker fur my trans, great gasket

another late night but got the rear filled up and ready, slow progress but steady. The assembly was pretty cut and dry......I am blessed I have a friend that sandblasts and powder-coats !
I cannot wait to bolt things up for the body !!! 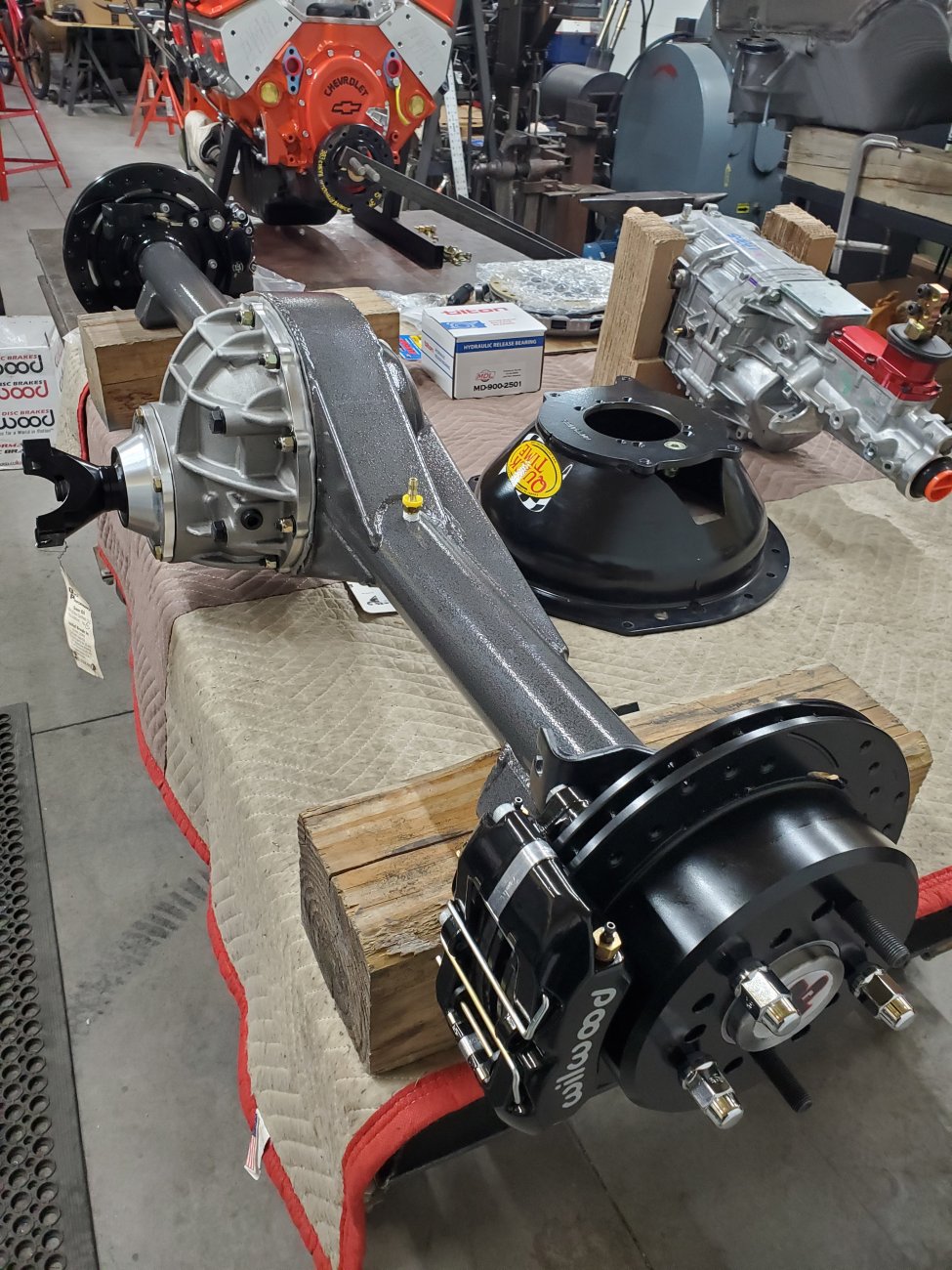 The dash arrived today from Northwest Crafted......I think he did an awesome job, too bad i wont be seeing this again for a few months

That rear end is way too pretty to be hidden under a car.
B

tom3 said:
That rear end is way too pretty to be hidden under a car
Click to expand...

We have 2.5 gallons of sprayable Tangelo Orange and enough clear coat to do underneath. Subframe is same powder coat so should contrast nicely.
B

ok, a bit of dial in work done tonite....passed with the oem bellhousing alignment pins. Temperature in shop was consistent for 24 hours, took my initial number to find the most negative starting point. Rotated crank three times and all number remained the same, so no offset pins needed. Pretty strange because last week I did the same process, but the shop heater was going on and off.

A friend suggested to keep the shop temps consistent for 24 hrs and the number shouldn't fluctuate. well, took his advice and he was right, the numbers were good. Never did this to any trans before, but older cast irons must have been pretty forgiving.

some more night time work bolting up the transmission to bellhousing and setting it in the subframe. The Eddiesport front package is a nice little set-up. 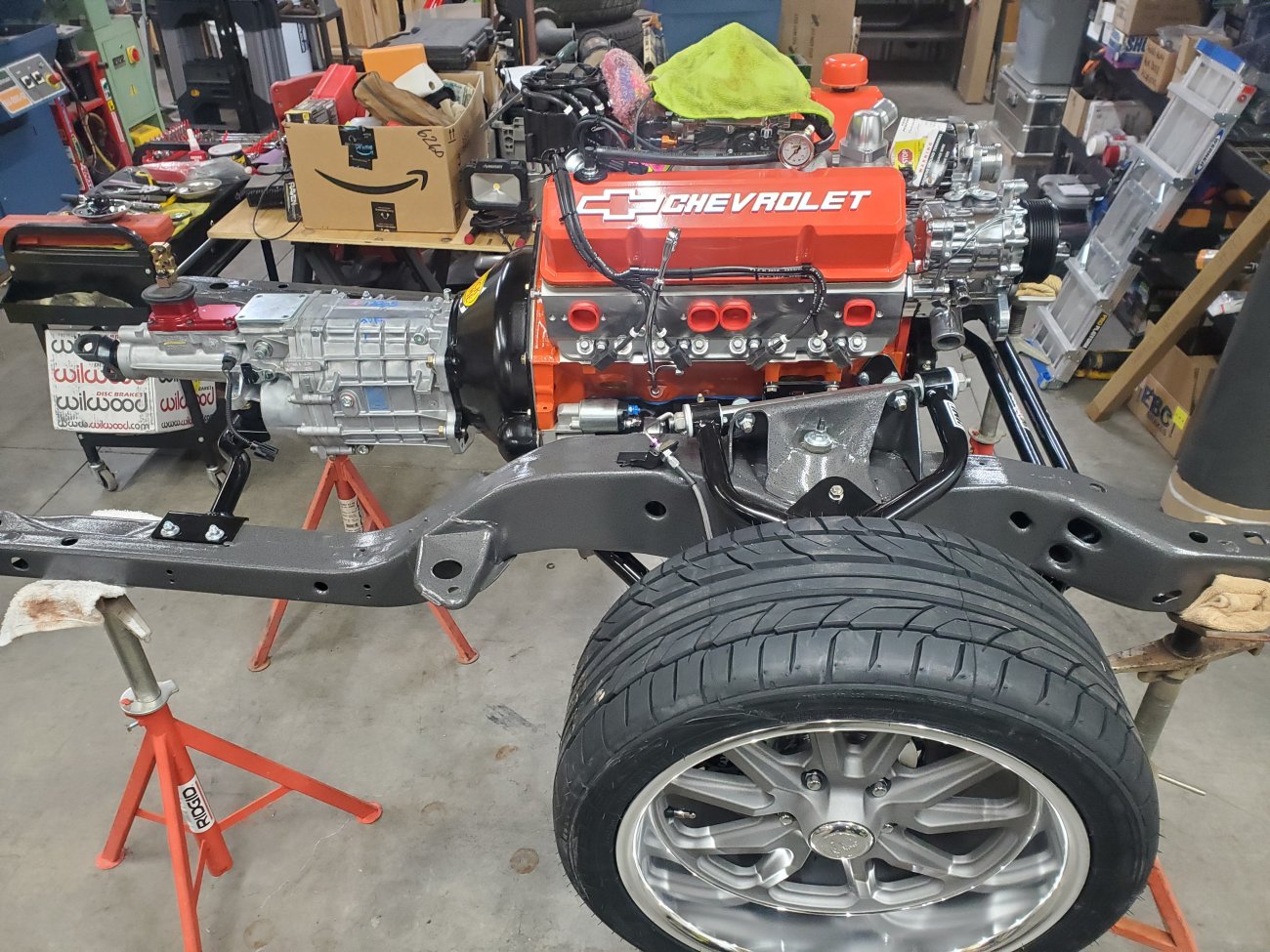 Nice! I have been here and done that. Down side the clean will not last forever.
B

Bandit723 said:
Nice! I have been here and done that. Down side the clean will not last forever.
Click to expand...

I am blessed "just enough" to enjoy the benefit of owning a lift...i can guarantee, it will be clean

Well.....cutting this firewall cover out and tossing in trash. I don't like the fit and looks terribly out of square, better off making my own which is what's gonna happen. Besides, I will most likely cover up the recessed area for the windshield washer as well.