Zstar said:
Alot of the aftermarket ac mfr's swap the alternator and compressor positions to solve this problem. Has to do with the mounting brackets. Are you too far along to explore that option?
Click to expand...

Yes, unfortunately, I'll live with it rather than eat the expense to swap those positions.

I LOVE that feed. I've watched it a couple hundred times and it's perfect here in this thread. Thank you, Ray!

Coincidentally, I'm about to start packing up my "full" bumpers to ship off for rechroming. 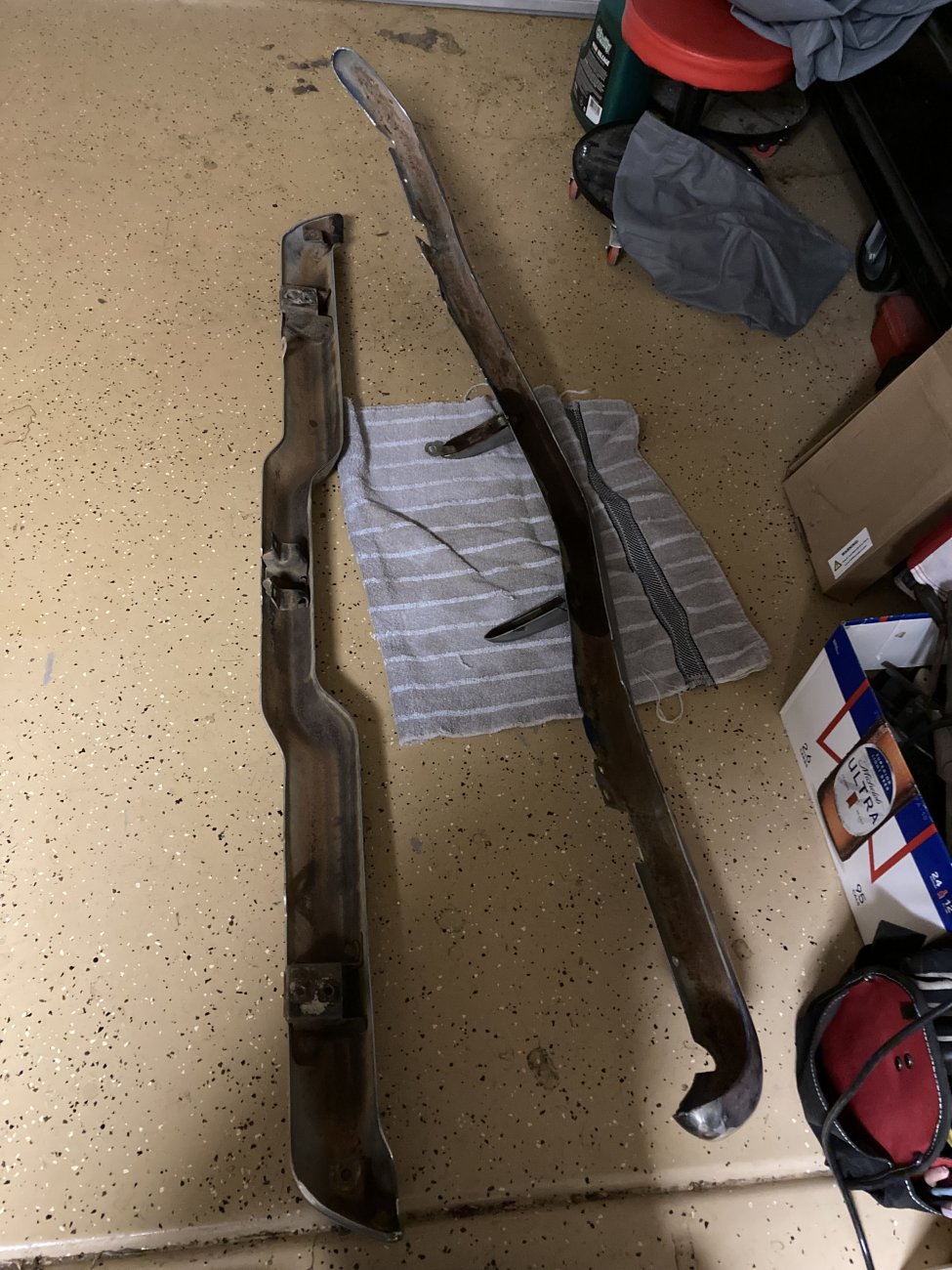 Learned that with the headers pulling the oil filter will be a nightmare. So did a remote relocation kit. 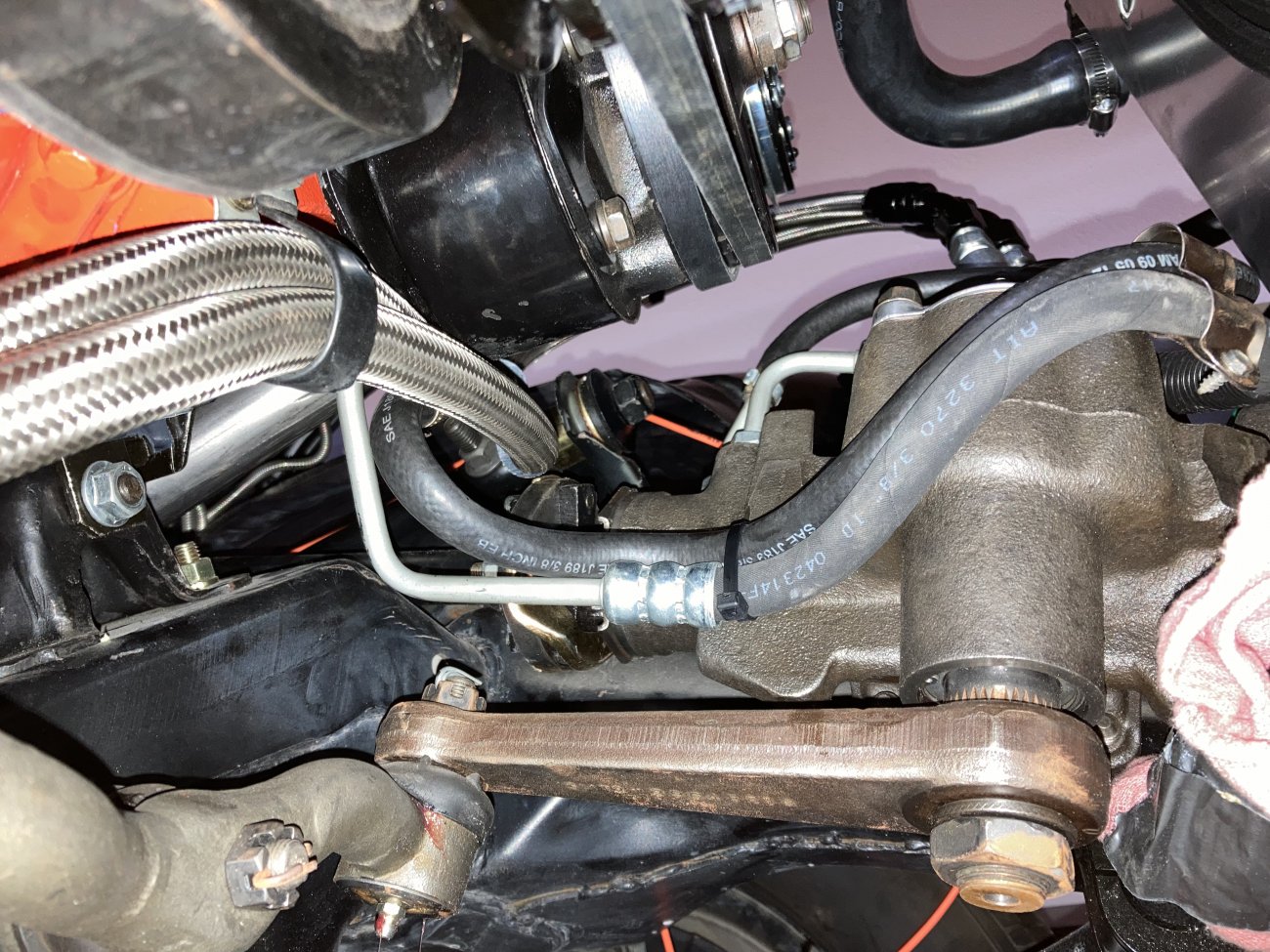 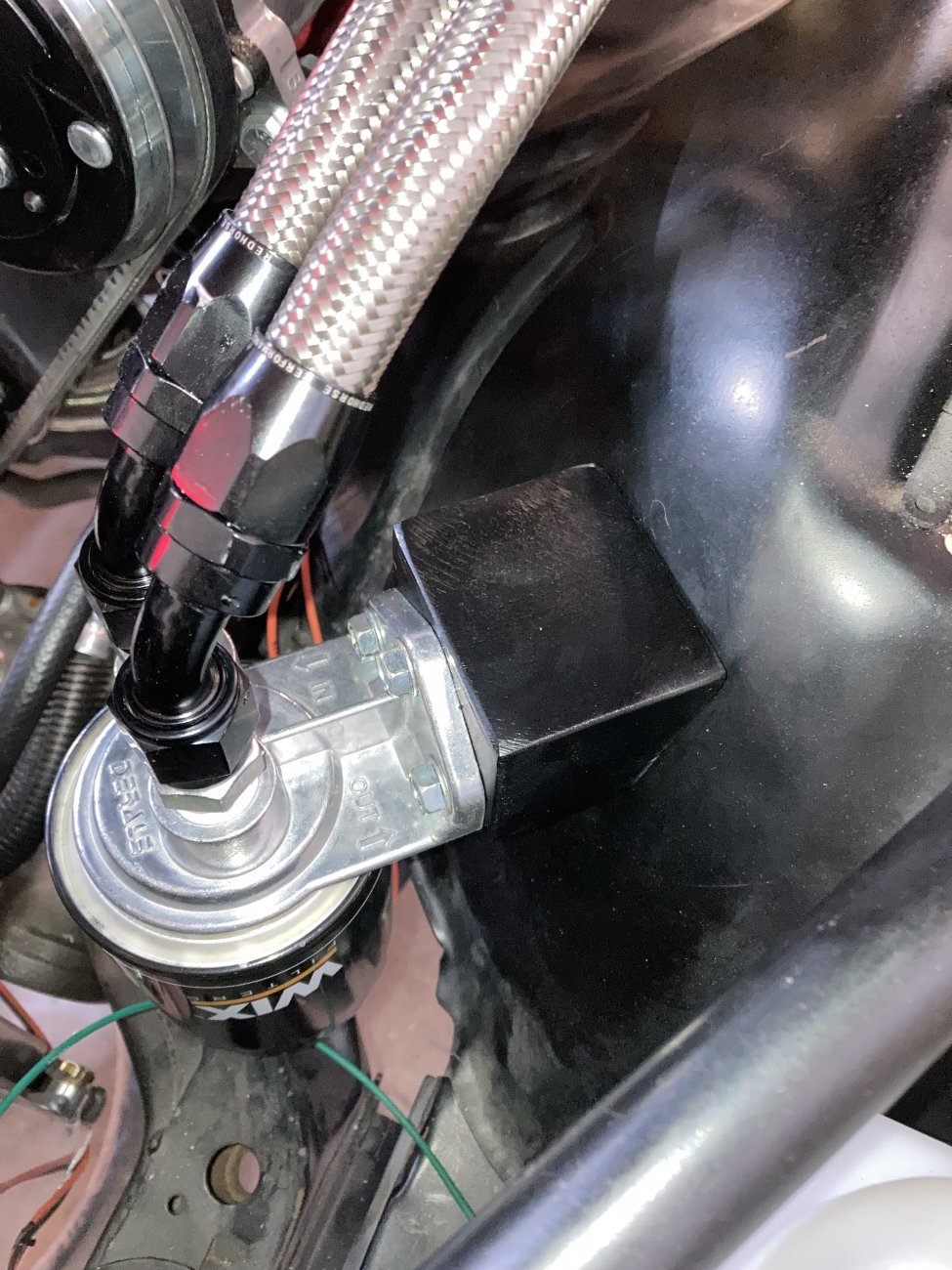 The fabricator at the shop went over the top on fabricating this bracket/mount for the inner fender. He made a little box and welded studs to the back side to just nut it from inside the wheel well.

AEGIS43 said:
Yes, unfortunately, I'll live with it rather than eat the expense to swap those positions.
Click to expand...

To me, it looks a bit more OEM the way it is now.

AEGIS43 said:
Progress under the hood too. I ordered some hose divider clamps to clean up that eyesore. I really don't like that cross over above the right inner fender, but I don't know what to do make that look better.

I don't know if this looks better, but I ran one VA hose between the fender and the wheel well then across the fan shroud. The other went behind the motor. When this pic was taken, the one behind the motor wasn't supported on the firewall yet. I didn't like that big hose cluster either.

That definitely looks better. I'm going to look into that.
B

GREAT read here......very sorry about Kelly. I love that you are non stop on the build. stinks about the l u x u r y steering wheel and bezel, keep looking on Ebay, they pop up. Im gonna have to watch the movie again !! great progress !!! 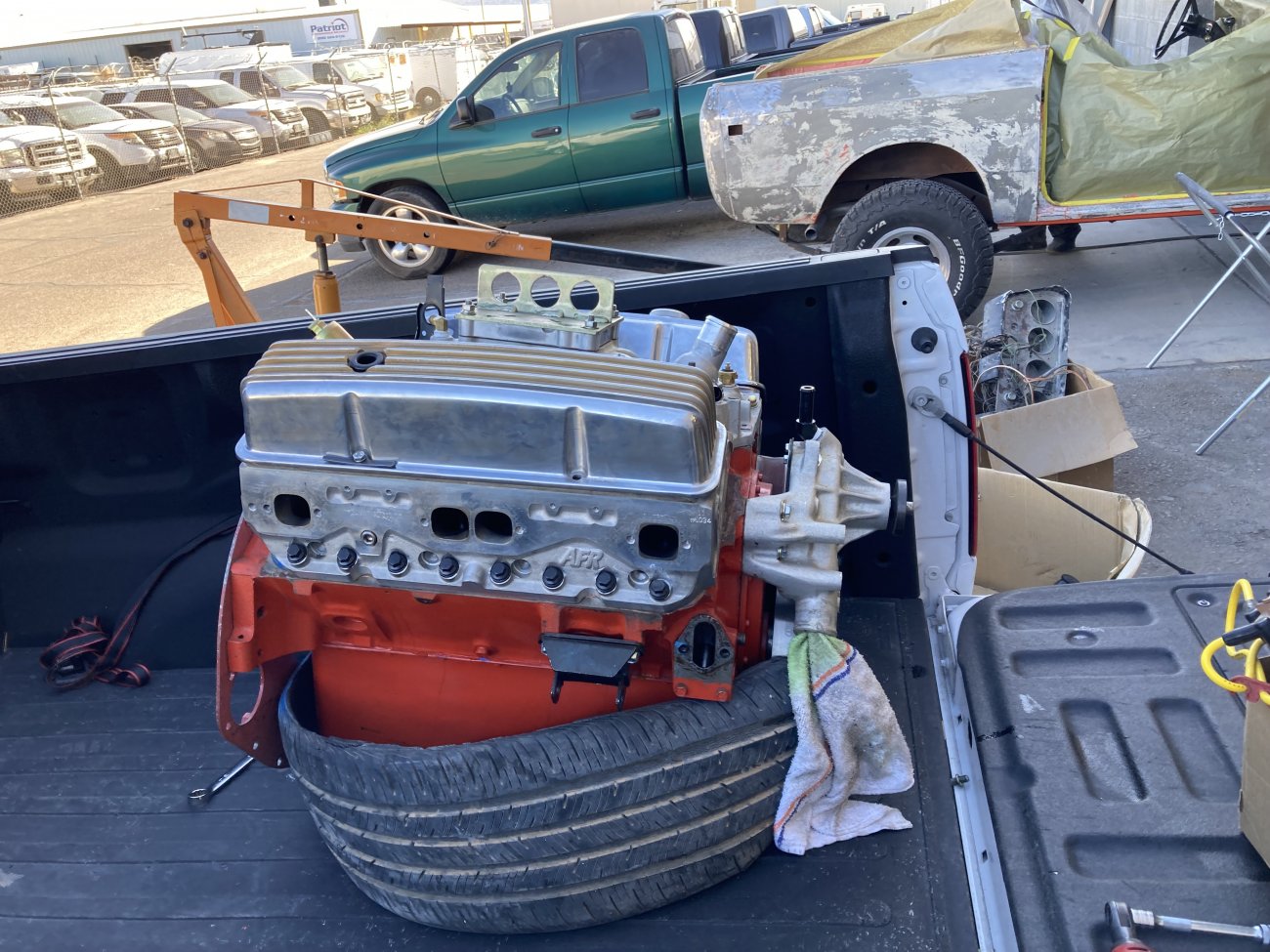 The guys at the shop called me and told me I've got a cracked block. Friggin' devastating. It took me a couple minutes to remember that when we were assembling it last year, my first task was to run a thread chaser down every bolt hole in the block. On the very last one, a right side head bolt hole at the front, I broke the tap off in the block pretty close to the deck. We tried to back it out with vice grips and actually broke it off even closer to the deck

So my builder got out a cut-off tool (small right angle grinder, whatever you want to call it) and was going to cut it off parallel to the block, then cut a slot in it to then try to back it out with a large screwdriver. Well, the light wasn't good, and he got into the deck with the grinder and cut a nasty gash into the deck surface. We stood there a couple seconds staring at it in disbelief. He told me he would fix it and to come back tomorrow. So I did, and the next day I couldn't even tell anything had happened. He had welded up the gash and ground it smooth. I remember now, thinking then, "Well, I hope that worked." It didn't. We had idled the engine in the car a few seconds in early October, but not long enough for coolant to circulate. So ... back out it came.
You must log in or register to reply here.
Share:
Facebook Twitter Reddit Pinterest Tumblr WhatsApp Email Share Link