tom3 said:
Is a Kia and a Hyundia the same car mostly?

COLUMBUS, Ohio (WCMH) – Two 14-year-old boys are dead and a third 14-year-old boy is injured after a crash involving a stolen vehicle in Sunday night in the Milo-Grogan neighborhood.
Columbus police said the crash happened about 8:20 p.m. near St. Clair and East Fifth avenues.
Police said a group of teenagers was driving a stolen Hyundai Sonata when it crashed into a building and flipped over.
Click to expand...

Sounds like a happy ending to me, or was it Karma that got them?

Matt T said:
So all the work of chipped smart keys that drastically reduced theft over the last 30 years, HKMC decided to just toss out the window? At least back then you needed to break the key area and lock out of the metal column and there wasn't anyone on the internet showing you exactly how to do it...
Click to expand... 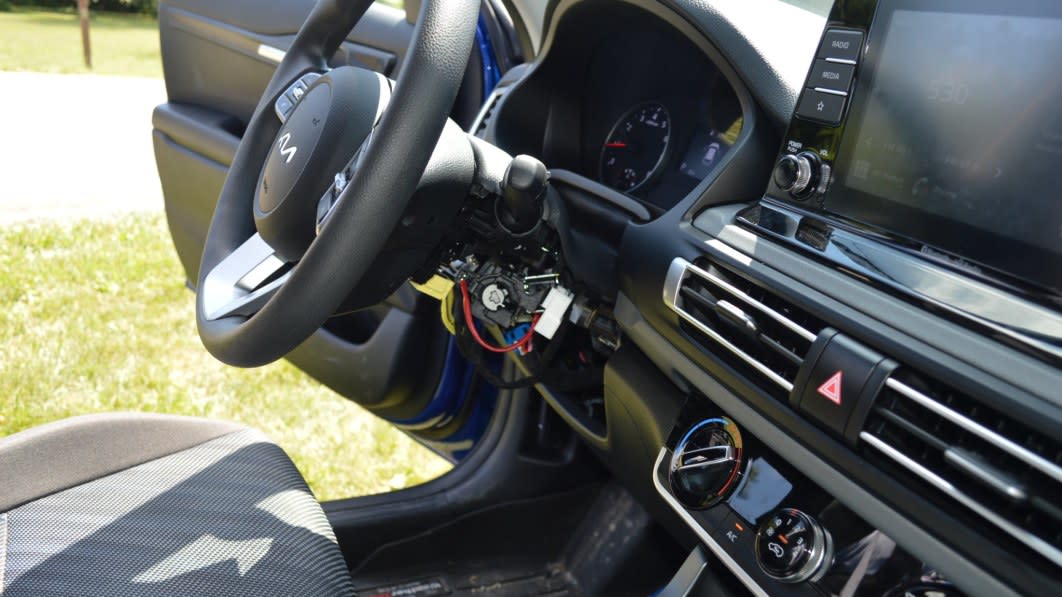 Hyundai, Kia models at higher risk of theft, and of course it's on TikTok

Thefts of some Hyundai and Kia models not equipped with a push-button ignition are rising across the nation, and it's being shared on TikTok.

I had an old Ford couple years ago that was push start. Good to have friends.

They are code matched to the bcm


But. I had no idea they still used keys in cheap models. So my mistake on that.

BonzoHansen said:
They are code matched to the bcm


But. I had no idea they still used keys in cheap models. So my mistake on that.
Click to expand...

Are the keys on the cheaper models chipped?

xten said:
Are the keys on the cheaper models chipped?
Click to expand...

Lol guess not. Linked article says "Kia said that it started installing an immobilizer in all of its cars regardless of trim level during the 2022 model year."

I am sure it was to save the manufacturer some money on the lower models. I am sure the current buyers won't be dissuaded to buy another Korean car because of this.