Rosster said:
I seem to recall my 1st 70 z28 was as well. Now that was 30 years ago (so memories a little fuzzy) and the car was a LA car (100% stock and I bought it from the 1st owner). Could LA have used a west coast part supplier so their’s were brass finish as opposed to back east?
Click to expand...

Very possible I would think. Many items were dual sourced.

The same block could be found on Corvette's also and through 1972. Should be many data points out there.

Yeah I guess...until I see a purple one!

My brief review of the Corvette Forums on original appearing engines seemed to show about a 2:1 ratio black to bare brass and no silver ones. The brass ones did have the original stampings so fairly sure they were original. 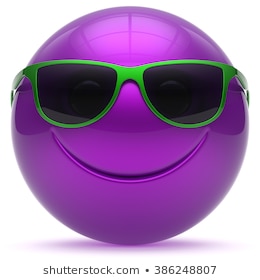 Do you have more pictures of the car? I would really like to see more! Its a 70?
H

Hey would you still be willing to part with your 72? I’m in alto Texas. Near Nacogdoches. Thanks !

1972_Z-28 said:
May have what your looking for in Se Texas.
True 72 Z28, no # matching but period correct drive train. Body work done and painted.
Midnight bronze with white stripes.
Not looking to sell but at a stand still on the project.
Click to expand...

1972_Z-28 said:
May have what your looking for in Se Texas.
True 72 Z28, no # matching but period correct drive train. Body work done and painted.
Midnight bronze with white stripes.
Not looking to sell but at a stand still on the project.
Click to expand...

badazz81z28 said:
Do you have more pictures of the car? I would really like to see more! Its a 70?
Click to expand...

not sure if this is directed to me but if so, I started a thread on the project progress folder (citrus green z28). I’ll be posting pics thru the restoration process.

Rosster said:
I’m doing a full rotisserie restoration on it and retuning it back to stock colors. Too nice of car not to! Not too many numbers matching 70 z28 project cars around any more so got really, really lucky!
Click to expand...

Just saw this thread. May I ask how you found this in Chicago? Thanks
R

Geardog said:
Just saw this thread. May I ask how you found this in Chicago? Thanks
Click to expand...

quite by accident. I’d set my sights on a 70 only z28, 4 speed a must and black interior. I was hoping to find a finished or older restored car as sales tax and registration here in calif is stupid high. I’d been looking for a year mostly western 1/2 of the US with little luck. I was looking for a car that was as close to stock as possible as parts are hard to find and expensive. Then I expanded my search recognizing east coast cars are more often than not rust buckets.

Around the same time I was looking a guy posted he was looking for almost the same car as me back on the east coast but with no budget specified in his post. I was pretty familiar with pricing on the west coast but not so much as to east coast (which is normally cheaper). I sent him a text asking what pricing should be expected back there (I’m in San Francisco bay area). He mentioned that he already has a line on a car he was going to buy but had a 70 z28 in his garage his dad and him were going to fix up but decided to buy one completed. It had been sitting 18 years in his garage, was 99% original (except for paint), and that the motor was locked up. He sent me pics, copies of the documentation and discussed pricing which was reasonable for what he had.

I flew out a few weeks later with my son in law and the cash and did a very thorough inspection using a checklist I’d made up and all looked great. Boroscoped the cylinders and figured it has a slipped timing chain that happened when he turned the car off. The guy turned out to be a great guy and the car he bought was stunning! We still stay in touch and he wants to come out when the restoration is completed and ride in it.