I'm in NY and building a 36' x 40' x 12' pole building.
Planning on putting heat into it. Will keep it at 40* when not in use and about 50* when I'm working in it.
Been researching insulating it and not finding a definitive way.
Seems to be 3 main options:
Sprayed in foam, would need to have a contractor apply.
Rigid insulation
Fiberglass

On a tight budget but not in a rush to complete.
Will be doing all the finishing work myself

Good idea to insulate now. I bought my building from Morton, and the sales rep told me you pay for the insulation once, but you'll pay a utility bill every month. And don't expect the utilities to go down. Mine has 8" fiberglass in the walls, and blown-in in the ceiling. I have in floor radiant heat, so it's insulated under the floor with a heavy bubble wrap. Don't regret the cost of the insulation. Actually look at it as a good investment. Money well spent.

I’m having Pioneer Pole Buildings install mine.
What did you use on the walls and ceiling to finish the inside?

I chose the metal. They had 3 options. OSB, sheet rock and metal. It was only $400 more than the drywall for a 80x50.. But that was 20 yrs ago. Never been really cleaned, and it still looks pretty good. You can see it in the background 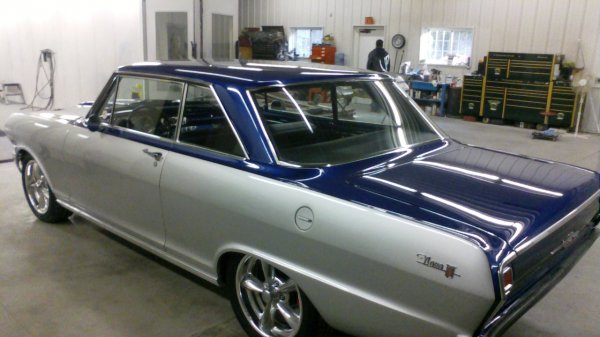 xten said:
You can see it in the background
Click to expand...

Yeah, I'm just a little distracted by the car in the foreground, lol.

I usually don't take pics of the ceiling, these were the best I could find. 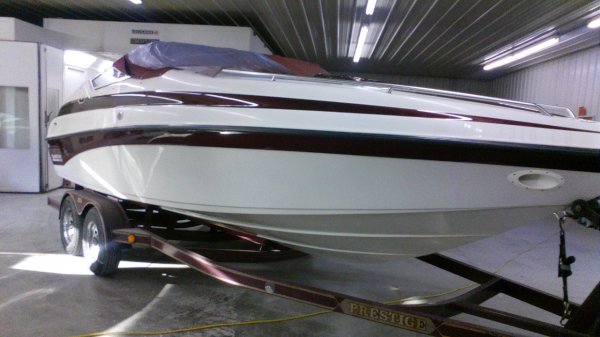 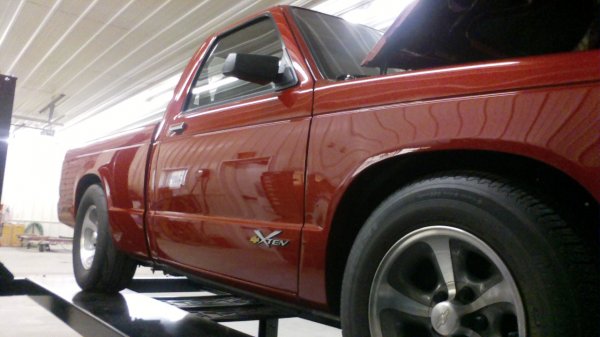 I am down in the Texas heat and had a 30'x60' shop built using steel I-beams and PBR panel roof and walls. Although I thought I had everything well thought out..., I did hodgepodege my way thru the insulation. My original plan was to spray foam everything but then I found some 3" thick polyiso insulation panels on Craigslist for about 23 cents a square foot, which was well below the $3.00/sf of doing 3" of spray on. After wedging those 4x8 panels up all over the walls I didn't like the way it looked and couldn't figure out how to get them on the ceiling so I ended up framing up 2x4's on the walls and put up sheetrock them to hide them. The 3" polyiso does a really good job as I have checked the surface temp on the outside wall on a summer day at 158 degrees, and the inside wall is ambient temperature even 3 hours later.

After all this nonsense, I still had a bare PBR panel roof so I had spray foam guys come out and spray on about 1" of closed cell foam on the ceiling and once that was on, it really helped decrease the humidity in the shop. Before spray foaming the ceiling, I would come out sometimes to what they call "sweaty slab syndrome" which is where the entire floor has a sopping wet layer of condensation on it, but insulating the ceiling filled in and sealed up all of the air gaps which helped out a lot.

Although everything turned out all right, I think my main takeaway would be planning. Closed Cell spray foam is your most expensive option, but will really seal up the building and is pretty durable. Down here it's about $1.00 per board foot, per inch of thickness, which adds up quickly. If you are doing 36x40x12, the board feet is going to be close to 3,600 ft (depending on roof pitch), or close to $10,000 for 3" You can get Open Cell foam, which is cheaper, but they have to spray it on thicker, like 8-10" to get the same R value, plus the stuff is somewhat flaky and will start chunking off over time and if you hit it with a broom or jack handle etc. Plus for some reason, when people come over they want to touch it and pull at it....,


If I had it to do over again, I would have just spray foamed everything and been done with it. It's expensive, but it is worth it and you will never have to worry about it again. Side tip on spray foam. Negotiate with the contractor to pay only after they are done and tell them you will be withholding portions of the payment if the agreed upon thickness is not there. Then go spot check some areas before they leave. The guys that did mine got it really thin in some spots, which I did not notice till a year later.
Last edited: Mar 9, 2021

The spray foam seems to be a very good but expensive option, I'll call a couple of companies and see what they have to say about cost.
I like the PBR but that to is probably out of my price range.
Thinking OSB is my best option for ease of install and cost. I'll be doing this myself. 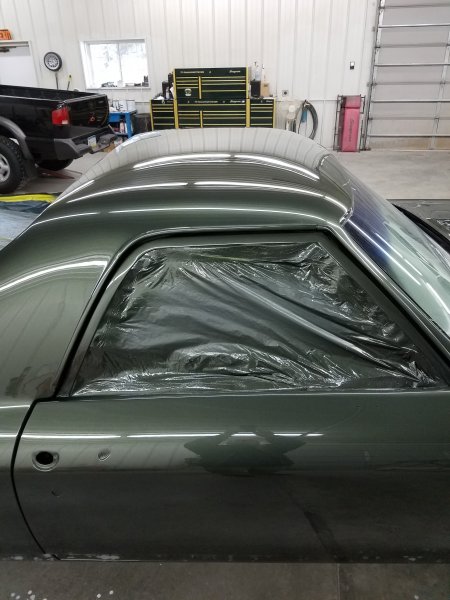 BigBlock73 said:
The spray foam seems to be a very good but expensive option, I'll call a couple of companies and see what they have to say about cost.
I like the PBR but that to is probably out of my price range.
Thinking OSB is my best option for ease of install and cost. I'll be doing this myself.

Thank you. It seems all the options are expensive anymore. They have skyrocketed since mine was built. The main reason I went with the metal was maintenance. It's about as maintenance-free as it gets. Have you priced metal? With the price of building materials I'd shop. Don't know if you noticed, but mine has a 3' panel on the bottom of the wall. All the 1" copper boiler pipe is behind there and all the electrical and air lines are behind the walls. We make a lot of dust, so I didn't want exposed pipe and conduit. The panels were $10 each, and they come off with 4 screws. Took some planning but I'm glad we did it this way.
Last edited: Mar 10, 2021
You must log in or register to reply here.
Share:
Facebook Twitter Reddit Pinterest Tumblr WhatsApp Email Share Link