Yep something you do not read about.
I have plenty of those 750's and 600's I can tweak a few and not miss a goofed up one if it happens.
Now some stories first on RPM potential.
First was a 240Z engine with a cam and 600 Holley carb that shift at 8000 rpm 8500 if you stayed in it without problems.
I stuck an old AFB onto it a small 465? cfm unit. Man talk about killing the RPM.
It was done at 6500.
That small early Buick carb had some awful boosters in it the ring around the rear boosters was huge and flat.
Like installing a brick in the flow path.

The 600 Edelbrocks on it were falling down on power beginning at 5500 rpm.

Q jets pulled as hard as the 750 AFB or Edelbrocks.
Fast forward to yesterday.

I pulled a 1405 out of the bin and began porting the primary venturies.
There is a ridge at the casting parting line i ported the venturi to enlarge the upper 1/2 of the venturi to the size below the casting ridge. You will see the ridge in this picture.
The top ridge not the lower one.
This ridge does not go all the way oaround the venturi and it is not even on both barrels.
Not needed. So removed it. 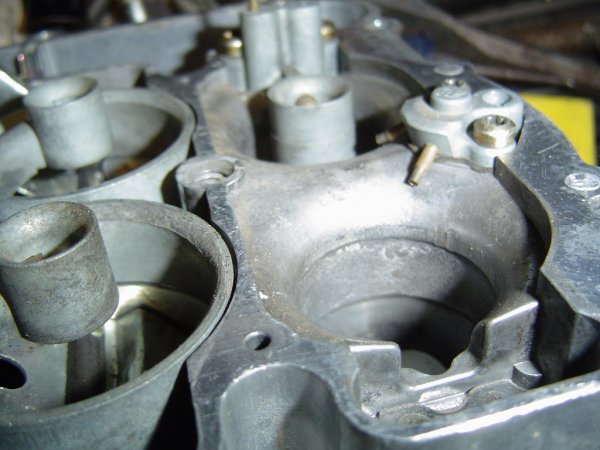 Now this whole exercise is to improve airflow through the smaller carb.
I also noticed another brick tossed in on the smaller 600 vs the 750.

Look at the divider on the primary side between venturies on the 600 below. 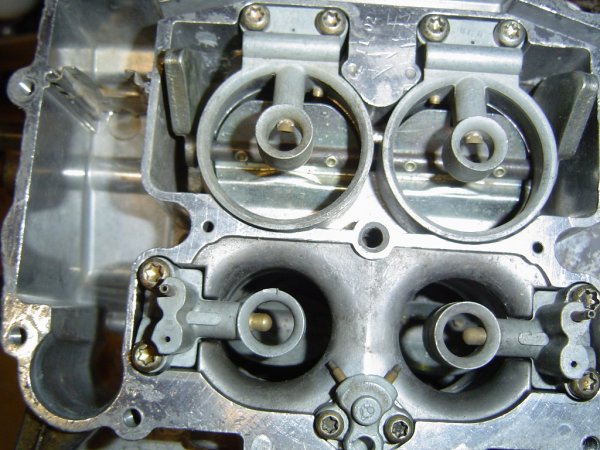 Big fat divider.
Now a look at the 750 Edelbrock divider below.
Also notice how far down the venturi starts. 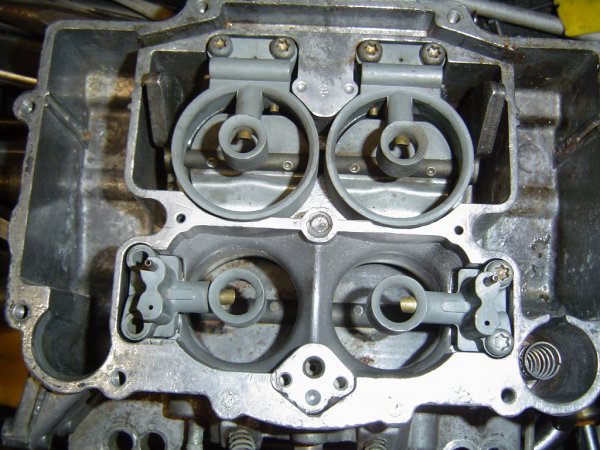 Compare the top picture of the 600 with this picture below of the 750. Much shorter venturi on the 750 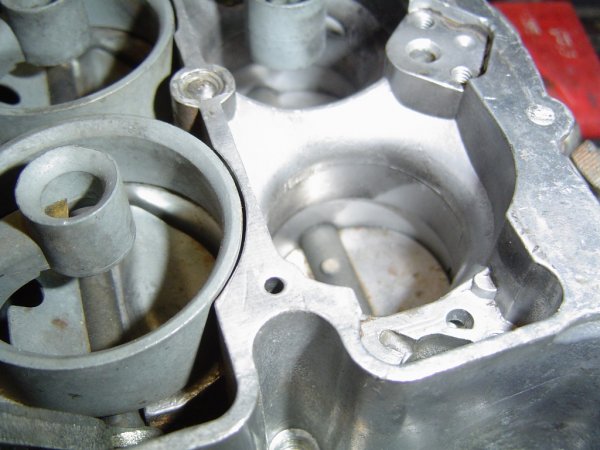 I ported the divider out some also on my 600 as I did not like the brick shaped divider.
I did not measure it i just started removing material until I thought it would surely change running characteristics.
Here is a look down a stock 600 and the modified one with choke and shafts removed. 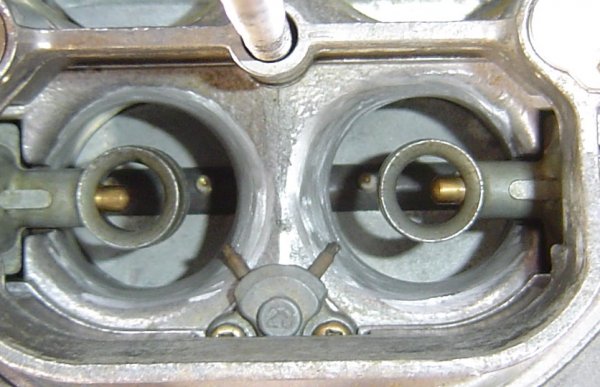 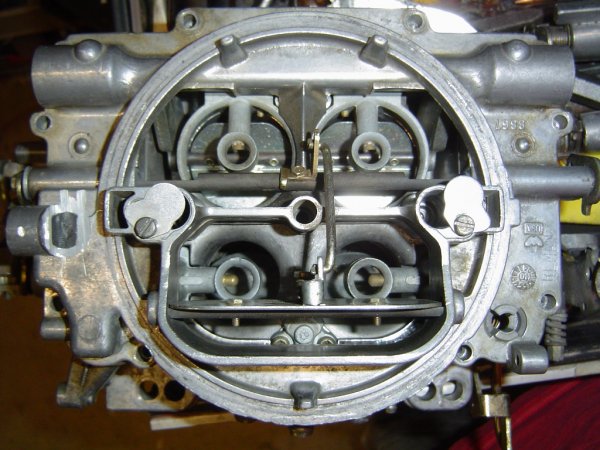 This lower picture is with shafts in the way..those are gone on my current running carb.

Well how does it run is the real question.
The 600's never matched the power from off idle to 7000 that the 750 did until now.
I really like this little modded 600.
I need to measure Venturi diameter just for grins.
1