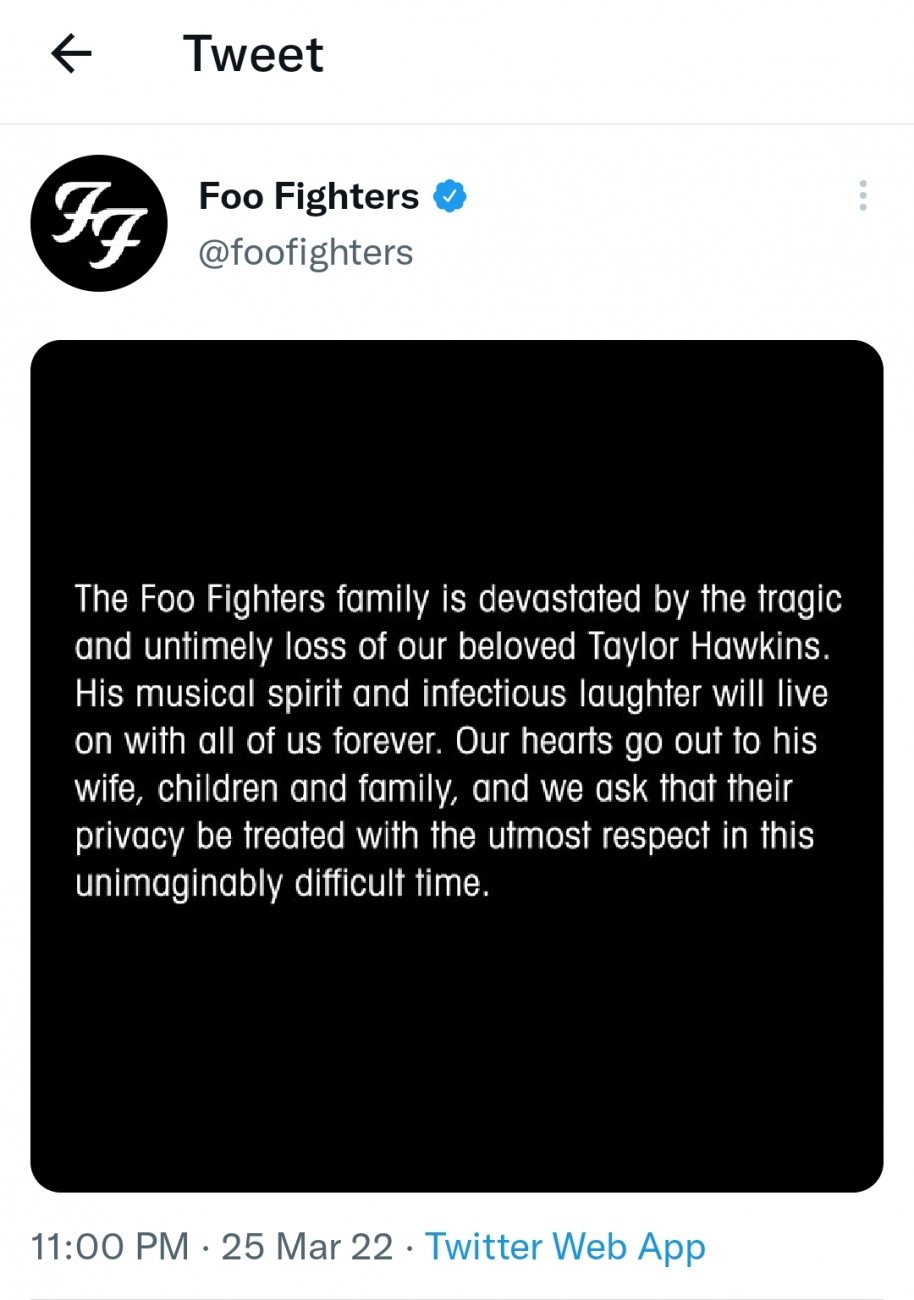 Administrator. .a car, a man, a maraca.

One of the greatest drummers ever

Sad to hear that one. I liked him. Great drummer and public figure to rock n roll. RIP. I'm sure he is playing in the big band as we speak.

He was only 50. Reportedly found 1 hour before a performance. What happened? RIP

Surprised there is no news out yet. I wouldn't think it's easy to keep a secret from the media in South America

I read that authorities found opioids and other stuff in his room and initially said it was an overdose. Shortly after, they retracted that statement. Later, they said his heart weighed twice as much as normal for his age. R.I.P.

so sad!!!! great musician.people are dropping off younger all the time.the new synthetic drugs are killing our kids.what ever happen to just smoking pot?

Hopefully this doesn't open up a can of worms - because that is NOT my intent;

I wonder if anyone here has had the same ponderings as myself...
I initially didn't share my thoughts, because I thought it to be improper so soon after his passing.

The jabs that are being pushed, are known to have a very high rate of myocarditis ect.
If I recall correctly there was mention, in regaurds to the autopsy, that his heart was enlarged (echoed here in post #8);
I believe that at the time the band flew out for this leg of their tour, you needed to have jabs to get onto an aircraft.

As the drummer, he would have had the biggest work out of any band member - I have read that the strain of being a drummer can match or exceed that of some of the most stressful athletes;
Has anyone here read of what's been happening with soccer players?

... and right there is the cusp of my ponderings after hearing of Taylor's passing.
If my thoughts are not just "tin foil hat" territory, it would seem to undermine any suggestion of drug use being the cause.