Scientists have managed to turn one of the deadliest insects into a vaccine delivery system. According to new reports from
dnyuz.com

"Those photos can be seen in the original report and show the results of trial participants being bitten hundreds of times. To get the desired effect of the mosquitos delivering the vaccine, scientists loaded them with genetically modified parasites known as Plasmodium falciparum. In the past, scientists have tried to do something similar. However, this is the first time CRISPR has been used to accomplish it."

"The result is basically 1,000 small flying syringes, a researcher told NPR. And based on the photos featured in that same report, it does look like that, as one image shows a participant’s arm wholly covered in welts from the mosquito bites they suffered. The biggest problem with using mosquitos to deliver vaccines for malaria, though, is the effectiveness."


"Instead, they want to use the mosquitos to deliver vaccines in a more controlled fashion. The researchers told NPR that releasing a massive number of these mosquitos is an intriguing proposition. But, doing so would raise very deep questions about medical consent and bioethics as they couldn’t control who was inoculated and exposed."

You can find just about anything on the Net. LOL. And I’m Santa Claus.

COPO said:
You can find just about anything on the Net. LOL. And I’m Santa Claus.
Click to expand...

HO HO! I've been good Mark, don't listen to what others say.

The only think I've heard that is remotely in that league is that there is a strain of G.M. mosquitos that are programmed to die sooner and to be more resistant to malaria-causing parasites.

? NPR reported on it, 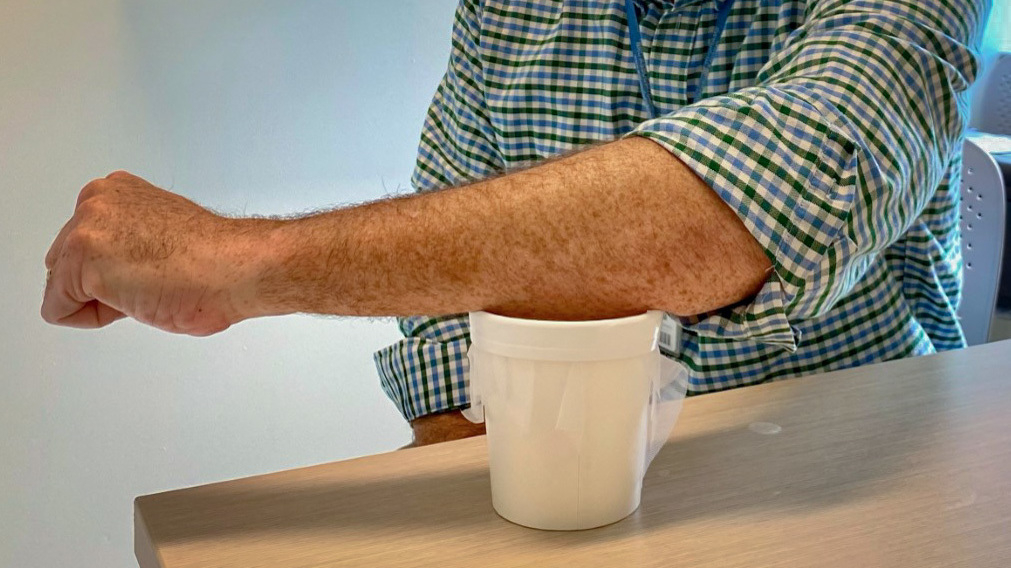 A box of 200 mosquitoes did the vaccinating in this malaria trial. That's not a joke!

Volunteers for the trial put an arm over a box with hundreds of mosquitoes carrying a genetically modified malaria parasite. Here's why they did it that way — and why the trial holds promise.

One Seattle morning, Carolina Reid sat in a room with nine other volunteers, each waiting to take part in a clinical trial for a new, experimental malaria vaccine.

Reid's turn came. She put her arm over a cardboard box filled with 200 mosquitoes and covered with a mesh that keeps them in but still lets them bite. "Literally a Chinese food takeout container" is how she remembers it. A scientist then covered her arm with a black cloth, because mosquitoes like to bite at night.

Then the feeding frenzy began.

"My whole forearm swelled and blistered," says Reid. "My family was laughing, asking like, 'why are you subjecting yourself to this?'" And she didn't just do it once. She did it five times.

You may be thinking – this is a joke, right?

But it's not. "We use the mosquitoes like they're 1,000 small flying syringes," explains University of Washington, Seattle physician and scientist Dr. Sean Murphy, lead author on a paper in Science Translational Medicine released on August 24 detailing the vaccine trials. 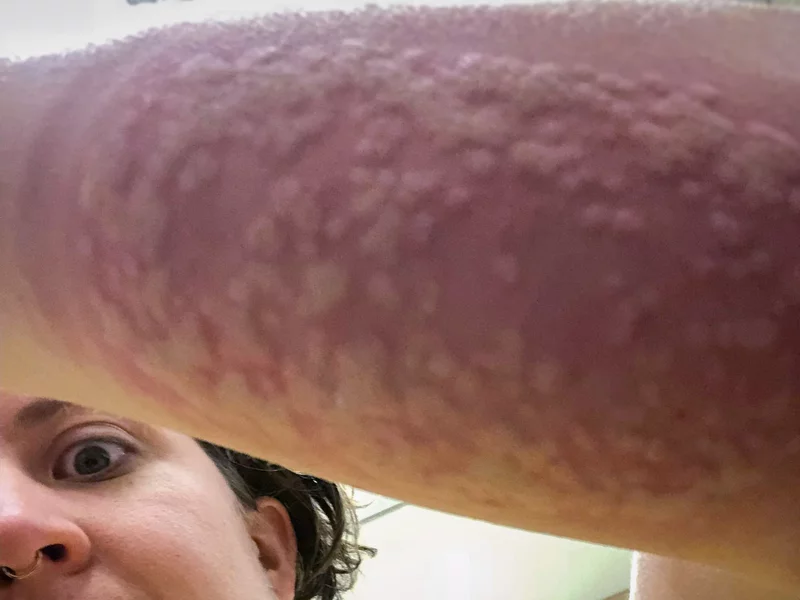 Is that a bugger in her nose? What i am seeing is just classic hives.

How many mosquitoes does it take to OD?

Be really a good thing if they could load up those skeeters with birth control serum and turn them loose in "certain" cities.