Hi.
I would like to know what kind of seat belts where in a 73 camaro?
Here in Sweden, I think they had to install 3point belts in front and in back. But they look awful and I want a more correct look.

did the 73 have only lap belts in front and in back?

also I need good pictures of at least the front belts installed so I know how they look!

I believe 73 was a one year only type of seat belts. Hopefully some 73 owners will chime in on this one. I have heard them called the exploding seatbelts because they came apart easy. I am just going on memory here .

I have a set of upper shoulder belts that I pulled from a 73z if interested. Thanks, Russ 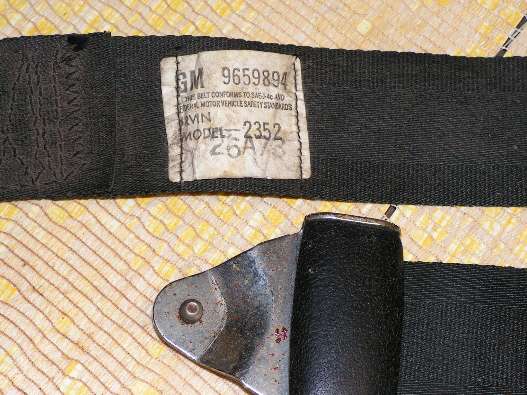 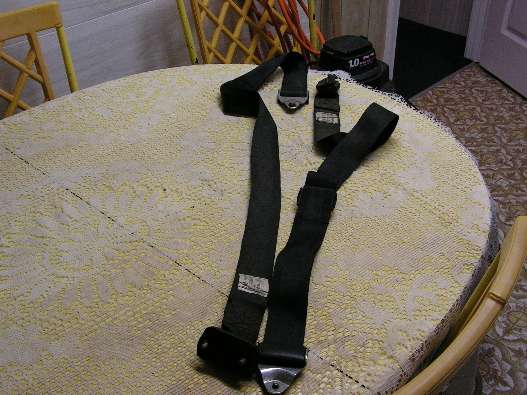 Thats a good questions I hv a 73 z..in the front I hv the lap belt..and the shoulder belt is folded up again the headliner...never used it ..I shud take a look at it and see how it works with the lap...in the back I have just lap belts...

Lencross said:
Thats a good questions I hv a 73 z..in the front I hv the lap belt..and the shoulder belt is folded up again the headliner...never used it ..I shud take a look at it and see how it works with the lap...in the back I have just lap belts...
Click to expand...

Thats exactly right. Lap belts all around. Except the front has an extra shoulder belt that you can clip onto the lap belt.... this is tucked in at the headliner (just above the plastic molding.)
H

I am putting these belts in the rear!

hyperion said:
pictures of the shoulder belt mounted would be great.
Click to expand...

Some pics from my '73 with original belts. (AFAIK)

oooh so that's what the wierd looking thing over the door was for! I thought there was something wrong with the fitment of that piece
now I know.
Now I have to see if I have to have shoulder belts at all here in Sweden.
Can't find any info on that.

HOA, exelent pictures. I am allso looking for seatbelts for my -72, but it is not easy to find them here in sweden.

Kricka said:
HOA, exelent pictures. I am allso looking for seatbelts for my -72, but it is not easy to find them here in sweden.
Click to expand...

The reason my car still has original belts seem to be
that it was registered by someone that lived abroad
and brought it in under the lighter rules that apply
when moving between countrys, it has exemption
"T71C Flyttsaksfordon" in the registration papers which
apparantly gives it exemptions against various
swedish rules. (Rules that forced a lot of cars to be
modified with non original parts that often had a bad fit, look etc.

I haven't been to inspection since I bought it but the previous
owner told me to make sure they know it's a "flyttsaksfordon"
should any concerns arise during inspection since there AFAIK are
rules that otherwise demand three point belts in the back seat from
early 70's, lap belt is allowed only in the non-existant middle seat so
that's not applicable to a camaro, three point belts are needed in
the front (does not need to be 'roll-up' model until '74 if i recall
correctly, and they probably need some kind of markings to
be approved at inspection (if they are checked at all) , the jungle of
rules can be searched on www.vv.se search for VVFS (Vägverkets författningssamlingar)
or check with you local inspectors so you don't get rejected at inspection due to the belts.

Note: I'm not 100% sure about the correctness of the above but
that is as I interpretered it when browsing through the rules
concerning another old car some time ago, anyway it is good to know
these things ahead of time if it becomes an issue during an inspection
to be able to discuss it with the inspector.
You must log in or register to reply here.
Share:
Facebook Twitter Reddit Pinterest Tumblr WhatsApp Email Share Link