InfinitR said:
Trying to remember how that went. For me, I had a few panels to replace, which included one of those small corner pieces that connect the valance panel to the quarter. Removing that probably gave me a little margin when test fitting. But, I feel like that actually fit pretty well. I have to take a look again in the day.

As for the edge of the tail panel...I pretty much started with trying to get the upper quarter edges and the pointed area at the sides to match up. Clamped behind the lights and then 4 bolts with washers in the bumper holes to help pull the tail panel into place while clamping and temporary metal screws where needed down toward the bottom edge. For me, the edges were actually slightly too tight. The rear right edge of the tail panel had to be cut and re-rolled a bit to match up between the quarters.

I'm actually going to do what jbloake recommended. I ordered an AMD panel and I am going to compare. While there are some areas I am happy with, I'm curious to see how that panel matches up.
Click to expand...

I just got done doing my tail panel, strange as it sounds, before I replaced the panel, everything lined up great, but since I have the OER qtr pal all is not good. I'll drop in a couple of picks of what I had to do to the tail panel to line everything up. I ended up taking my high speed cut off wheel and cutting a seam about 14 inches long (so when you bend the panel to fit it doesn't kink) then I tacked it back together slowly, once I was done, it fit rather well..
you will have to grind away some of the edge o the tail panel to get everything to line up, but that's the nature of the taiwan replacement parts.
here are the pics.. Let me know if you have any questions..

How did you close that gap on the lower valance and the rear quarters or did you have any issues with this area? If anyone else could chime in, please do.

I think the panel on the qtr panel isn't shoved into the secondary support skin far enough..before you well the panel in place,(I left this for very last) even after I installed the tail panel, cause the lower portion of the quarter panels
have to be matched up and then trimmed a bit then welded very very last. I had to think this whole process thru, cause my neighbor that is the body man, pretty much forgot about helping altogether.. But none the less I got it completed all by my self.

jbloake said:
Both plants used the first design brace ,I have seen a number of Norwood cars with the brace like yours ! I am not picking on you or your car here !!! I looked back at the passenger door mirror and I don’t believe Van Nuys installed that mirror. I don’t recognize the “X”on the bracket, and the gasket is not the 9832126 correct for the custom mirror . You can compare the picture I posted. Hope this is helpful
Click to expand...

not really sure, but I can almost guarantee you that mirror never came off the car. It was fresh original paint under the mounting bracket.

nteresting, I contacted AMD about the tail panel and this was the response.

According to him (his dad also retired from GM), when GM does that, supersedes a part number with a new one rather than keeping them different, that means it’s a very slight change with minimal work (GM’s opinion obviously) when changing out parts.

As for tips, I honestly don’t have any since we haven’t run into this. It doesn’t look terribly difficult, but I also can only see so much from pictures. From our research, we haven’t been able to find the early version anywhere, so I think the late ’70-73 tail panel is the only one being produced at this time.

I’m sorry I don’t have a better answer for you, but it looks like modifying that one to work will be your best bet.

I find it hard to believe they have never seen this, but who knows. Maybe I have the ultra rare 1970 1/2 camaro....lol The unicorn does exist!!! 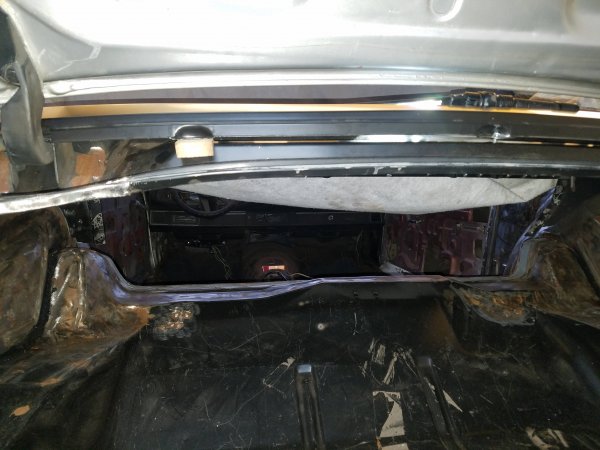 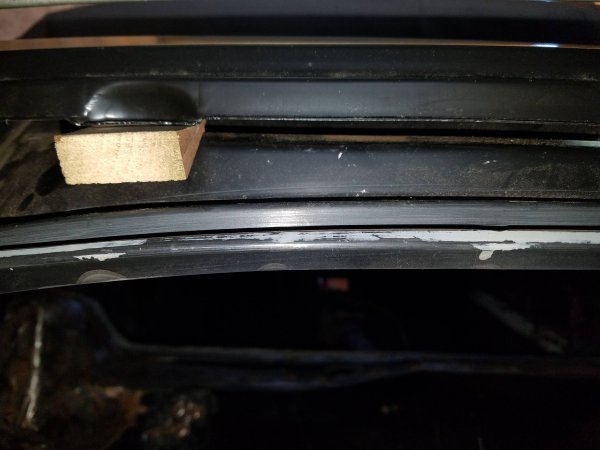 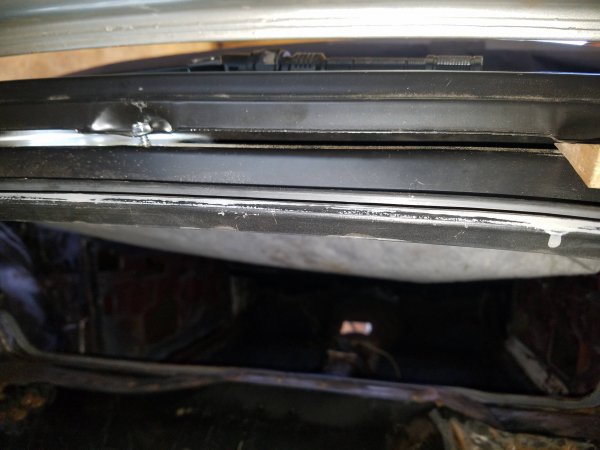 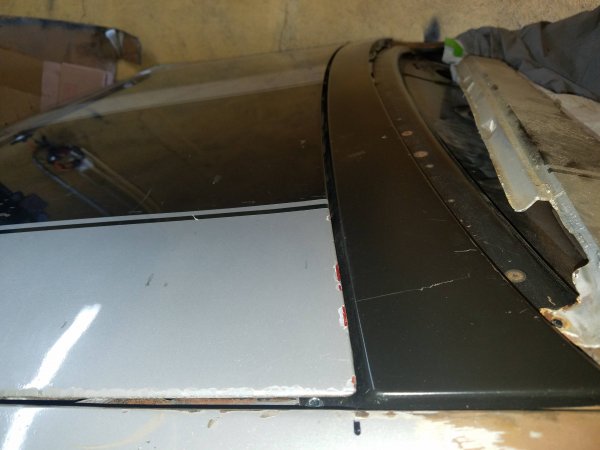 U could probably put a floor jack or port a power in the trunk with a board across the top and slowly push up on it. Take ur time and do a little at a time, make sure u put something across the trunk floor to protect the floor.

Hey Bill, thanks for responding, but we did that with the trunk, but in reverse. We jigged up a floor jack and pushed the trunk downwards in attempt to align the trunk to the upper filler panel. It helped and that's what we were left with.

Question for ya???
Where is the back seat cross brace?? I don’t see it in any of the pictures?? Was trying to figure how there would be such a gap and then I noticed the cross brace that the back set rests against was not in the picture. Are you leaving this out?? I ask this cause I think this may have something to do with the front pan alignment which may have something to do with the rear pan being pushed up 3/8” to match up with the filler pan..
This is just my observation... and from what I can see from the pictures.

Hmm, I might have to think about this one.. Now you are talking about the upper detachable panel, CORRECT?? If so, I think it may be the panel itself.. I have to study the pics some more..
Here is a stupid question for ya?? How does the old panel fit??
You must log in or register to reply here.
Share:
Facebook Twitter Reddit Pinterest Tumblr WhatsApp Email Share Link